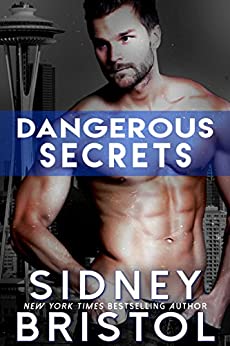 Retired Marine Ryan Scott’s drunken playboy lifestyle catches up with him in a sobering way when a woman shows up on his doorstep—claiming to be carrying his baby. Vowing to be the father his child deserves, Ryan welcomes Carson into his home…and heart. A decision he may not live long enough to regret when he discovers she’s embroiled in a dangerous fight for her life.

Carson Adair is desperate. Her boss is in trouble, on the run from both the FBI and some very deadly clients, putting Carson in the crosshairs. She needs the protection of sexy badass Ryan and his Aegis Group security firm, and she’ll do and say anything to get it. But she never expected to fall for the man, which makes her secret duplicity all the more treacherous.

When Carson’s biggest lie is revealed, Ryan is devastated…until her abduction forces him to face another truth: Carson’s love could heal even his oldest wounds—if he doesn’t lose her to the enemy first.