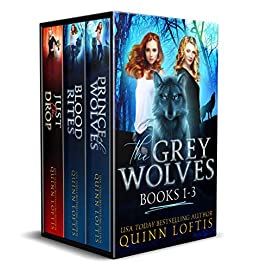 What would it be like to have a true mate? What if that mate was a werewolf? Three best friends are about to find out.
Begin the award-winning Grey Wolves Series with the first three books: Prince of Wolves, Blood Rites, and Just One Drop. The Grey Wolves series follows the adventures of three high school seniors, Jacque, Jen, and Sally, as the girls are introduced to the hidden world of the Romanian grey wolves. The grey wolves' universe is populated with dominant male Alpha werewolves who slowly succumb to the darkness within them unless they find their true mates. It just so happens these three ladies are destined to become true mates to some of the most powerful males in the Canis lupus world. But destiny won't be fulfilled without a fight. Female Canis lupus are few and far between, and sinister dominant wolves will rise to challenge for the right to mate with these new, unique females. Then ensuring chaos will undermine the strength of the packs, just when a new threat to the Canis lupus world emerges, one that can only be defeated by the strength that comes from the special union of true mates. What readers are saying:

★★★★★ This book is completely awesome I'm loving the series can't wait to read the next one... I totally recommend this book.

Once Upon A Wish 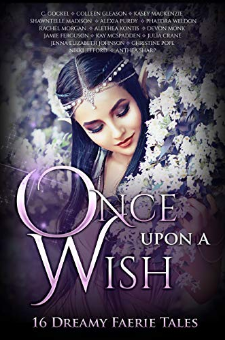 Dreaming of a magical world? Your wish is our command! These sixteen fairytale retellings from bestselling authors will sweep you away into enchanted lands where wishes have the power to change lives. With wistful twists on Cinderella, Snow White, Sleeping Beauty, and more, you'll be enthralled by these all-new tales. Just be careful what you wish for... 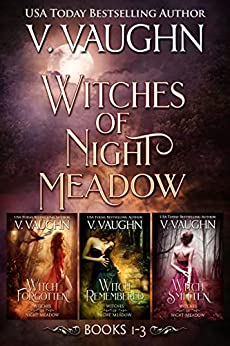 Come to Night Meadow Island, where love is flowing, sisters rule and magic is real.

This is a box set of the first three Witches of Night Meadow books.

When Corinne Knight wakes up with amnesia, she doesn’t know how to use the magic her family claims she has. Considering she and her twin run a magical baked goods business, the fact that she can’t remember how to spell the recipes is bothersome. But that’s not her biggest frustration; her attraction to Noah Wilson is. Because even though he seems open to a relationship, Corinne senses something in their past has kept them apart, and she’s afraid it’s so big she’ll regret letting him into her heart again.

Noah Wilson isn’t sure what the Knight women are thinking when they push Corinne at him knowing she can’t remember their tumultuous relationship that crashed and burned. He knows going along with their plan to minimize the problems he and Corinne had is like making a deal with the devil, but he can’t help hoping that it’s a chance for the woman he’s always loved to realize her true feelings too… Before her memory comes back to ruin it all.

Witch Remembered -
Amelia Knight knows when James Foster returns to Night Meadow Island for his brother’s wedding she should guard her heart carefully. Even after he swears he’s back for good. When he looks at her with his mischievous grin and pours on the charm, she can’t help but be tempted to hope it’s true. But they’ve been down this road a few times already, and it always ends with her left picking up the pieces of her shattered heart. This time she’s ready to stand her ground.

James Foster has returned to the island where he grew up to finally claim his witch. For the past decade, he’s focused on his career, thinking he’d be fine without the girl he left behind. But after he achieved his goal of a successful law career in New York City, James learned he hadn’t realized his dream after all. A life with Amelia Knight is what he really wants, but now that he’s back to start their life together, she’s refusing to see the truth. He’s going to have to prove to her what his heart has always known.

Witch Smitten -
Kay Knight thinks she’s falling in love with Tucker Eagan all over again. Her childhood crush has returned to Night Meadow Island and is working with the mainland police force, and he’s enlisted Kay to use her magical gifts to help rid the town of the spirits creating havoc. When word gets about Kay’s success, Damon Hawke, a famous wizard, is intrigued by more than just her magical abilities. Kay has been in his dreams since the summer they spent two weeks together at camp as kids. A rift between their families made a future together seem impossible, but Damon no longer wants that to stand in his way. He’s determined to make the beautiful witch his and employs a little magic of his own. Read more 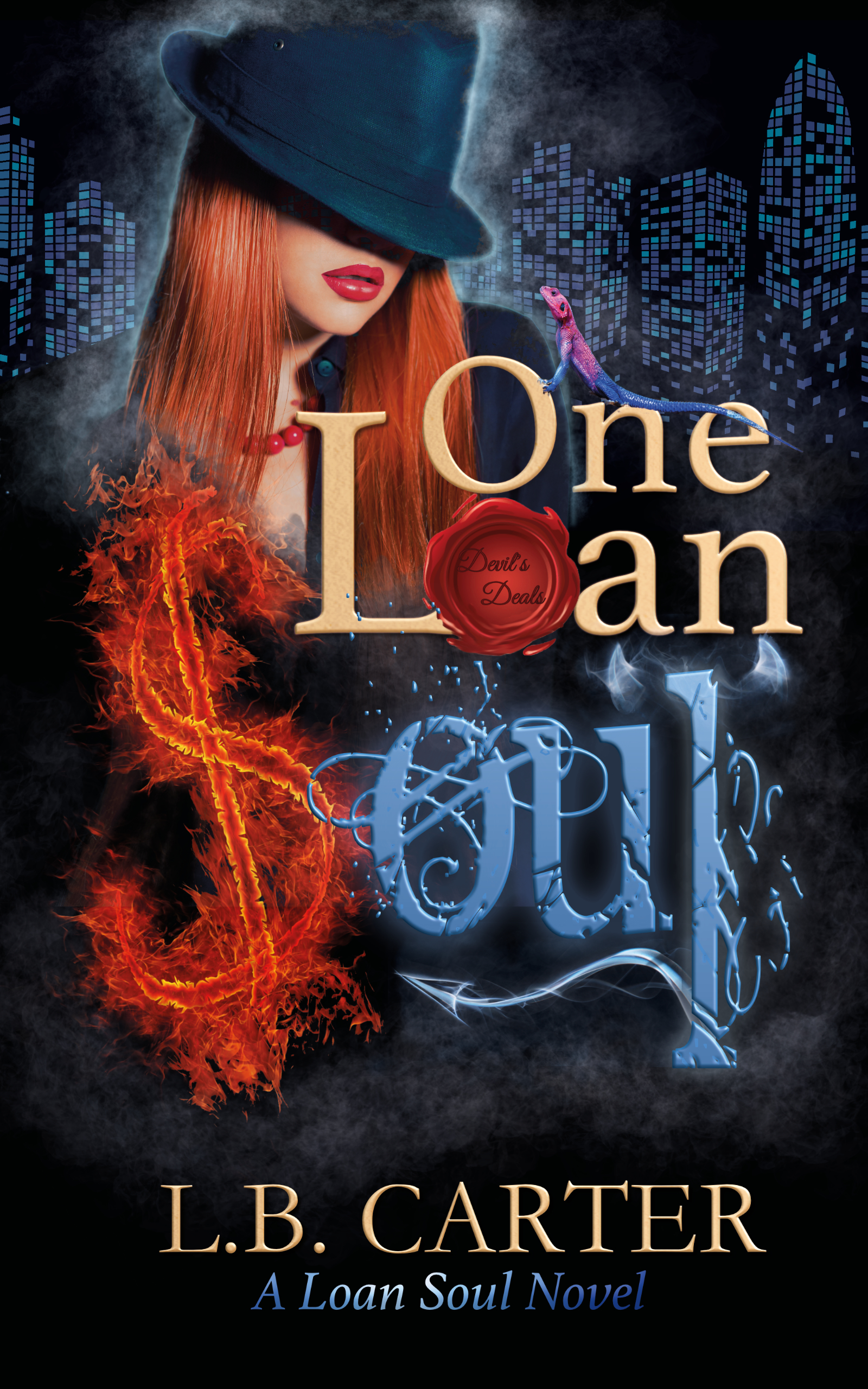 The Reader's Favorite 2020 gold medal winner in Paranormal Fiction and Read Freely's 12th Best Indie Book of 2019 for fans of Supernatural, Lucifer and Good Omens, now on Audible. "Clear your schedule because the fast-paced 'bodyhoppin' (not an 80s dance) needs 100% focus so you can fully enjoy this hellish (in a good way) ride. Crowley would be proud." - Amazon 5-star review

Don't sell your soul to the Devil. Loan it instead! Darcie Rose was Satan's number one employee, possessing bodies on Earth while their souls are on loan. But when she gets stuck, her afterlife becomes Hell on Earth. She needs to fix things -- including her zombie sidekick fox -- before Lucifer's henchman, brooding demon Vin, subjects her to eternity in the lower circles of purgatory. 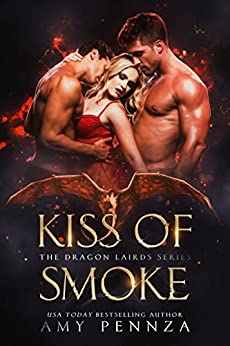 What was supposed to be a dream vacation just turned into a nightmare. It’s not every day you board a private jet for an all-expenses-paid trip to Scotland with your two gorgeous bosses. And it’s not every day you spot your fiancé kissing another woman across the terminal.The man I was ready to marry has been cheating on me for a year. Dumped and humiliated, the best I can do is get on the plane and lick my wounds. Fortunately, my bosses are more than willing to help…and in more ways than I ever imagined.But Lachlan and Alec can’t possibly be interested in me. They’re in love with each other…right? Scotland is cold this time of year, but these Scots are bringing the heat in ways I’m not sure I can handle.And as they continue fanning the flames, it’s clear they’ve been hiding more than their attraction to me. Where there’s smoke there’s fire. Now I have to hope I don’t get burned.Author's note: This is a MMF romance with sword crossing aplenty. Read more 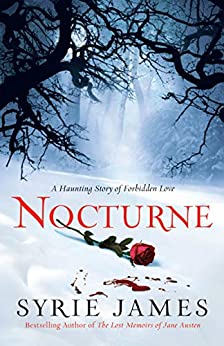 When Nicole Whitcomb's car runs off a Colorado mountain road during a blinding snowstorm, she is saved from death by a handsome, fascinating, and enigmatic stranger.

Snowbound with him for days in his beautiful home high in the Rockies, she finds herself powerfully attracted to him. But there are things about him that mystify her, filling her with apprehension.

Who is Michael Tyler? Why does he live alone in such a secluded spot and guard his private life so carefully? What secret--or secrets--is he hiding?

Nicole has secrets of her own and a past she is running from--but Michael understands her better than anyone she has ever known. Soon, she is falling as deeply in love with him as he is with her--a profoundly meaningful experience that is destined to change their lives forever.

As the sexual tension between them builds, however, the clues mount up. When Nicole learns her host's terrifying secret, there is nowhere for her to run but into the blizzard raging outside, and Michael may be the only one who can save her life. Read more