The Pride of the King 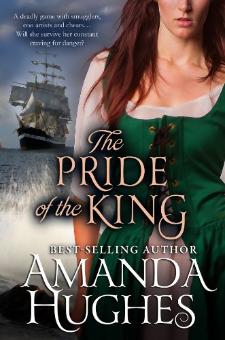 For readers who like historical fiction with a bit of a love story. Wickedly inviting, the dark side of life has always seduced Lauren De Beauville. With copper-colored tresses and the smile of a pirate this young adventuress throws caution to the wind and leaps into a quagmire of temptation that is 18th Century New York. Will she survive her constant craving for danger?Dazzled by glamour, Lauren plays a deadly game joining a group of brutal con artists and smugglers who are cheating their way across the New World. There are splendid gowns, handsome men and nights filled with passion. What more could she want? At the very top is James St. Clare, the ruthless yet alluring captain of a ship called The Pride of the King. Risking her life and her love, Lauren allows herself to be swept into his whirlwind of desire and treachery where she risks everything.Once again, author Amanda Hughes splashes the pages of history with gritty adventure and love stories about audacious women in the past. Her page-turning tales will keep you on the edge of your seat as you take wild rides through dramatic and dazzling periods of history. 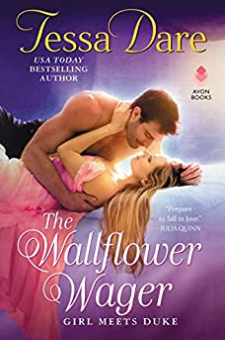 New York Times and USA Today BestsellerThey call him the Duke of Ruin.To an undaunted wallflower, he's just the beast next door.Wealthy and ruthless, Gabriel Duke clawed his way from the lowliest slums to the pinnacle of high society—and now he wants to get even.Loyal and passionate, Lady Penelope Campion never met a lost or wounded creature she wouldn’t take into her home and her heart.When her imposing—and attractive—new neighbor demands she clear out the rescued animals, Penny sets him a challenge. She will part with her precious charges, if he can find them loving homes.Done, Gabriel says. How hard can it be to find homes for a few kittens?And a two-legged dog.And a foul-mouthed parrot.And a goat, an otter, a hedgehog . . .Easier said than done, for a cold-blooded bastard who wouldn’t know a loving home from a workhouse. Soon he’s covered in cat hair, knee-deep in adorable, and bewitched by a shyly pretty spinster who defies his every attempt to resist. Now she’s set her mind and heart on saving him.Not if he ruins her first.

The Sword of the Banshee 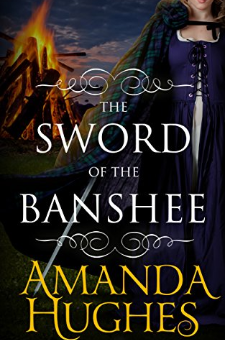 For readers who like historical fiction with a bit of a love story. With eyes as changeable as the sea, India Allen seduces the Irish people into a bloody rebellion which sweeps the country like wildfire. But across the ocean another revolution is brewing, and Quinn Calleigh wants to harness this woman's mysterious power for himself. With his lusty good nature and wickedly broad smile, he entices India to seek liberty in the New World. Together they sow the seeds of the American Revolution. Taken with her icy beauty, Quinn struggles to melt India's crystalline exterior and unlock the passion and fire within her. Is he simply an Irish gypsy looking for an adventure or a committed freedom fighter? Their battle to uncover their love and humanity is equal only to that of their struggle for freedom."Once again Amanda Hughes splashes the pages with gritty adventure and love stories about audacious women in the past. Her page-turning tales will keep you on the edge of your seat as you take wild rides through dramatic and dazzling periods of history." 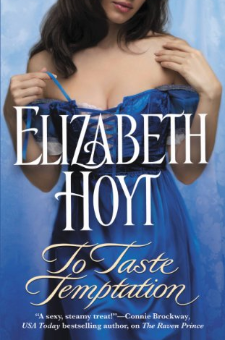 EVEN THE MOST REFINED LADY Lady Emeline Gordon is the model of sophistication in London's elite social circles, always fashionable and flawlessly appropriate. As such, she is the perfect chaperone for Rebecca, the young sister of a successful Boston businessman and former Colonial soldier. CRAVES AN UNTAMED MAN Samuel Hartley may be wealthy, but his manners are as uncivilized as the American wilderness he was raised in. Who wears moccasins to a grand ball? His arrogant disregard for propriety infuriates Emeline, even as his boldness excites her. TO RELEASE HER PASSION . . . But beneath Samuel's rakish manner, he is haunted by tragedy. He has come to London to settle a score, not to fall in love. And as desperately as Emeline longs to feel this shameless man's hands upon her, to taste those same lips he uses to tease her, she must restrain herself. She is not free. But some things are beyond a lady's control . . .

The Rake is Taken 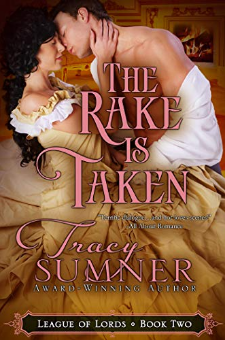 "Seamless blend of sensual romance with sooty London plus a splash of the fantastic!" --Fresh Fiction A gorgeous psychic. An unwanted betrothal. A tantalizing compromise.An independent hellion, a stealer of time, and the only woman who can capture his heart…Lady Victoria Hamilton has a supernatural gift, a fiancé, and a guardian angel. She just never expected her protector to be the most dazzling man in England, a devilish scoundrel they call the Blue Bastard. Victoria has agreed to marry for duty, not love, but her unforeseen desire for her mystical angel threatens to destroy not only her plans for the future but the armor surrounding her susceptible heart.A confirmed scoundrel, a mind reader, and the only man she desires…Illegitimate son of a viscount and reigning king of London’s gossip sheets, Finn Alexander has spent a lifetime hiding his ability to read minds behind charming smiles and wicked behavior. No one knows the real man, and he likes it that way. Until he meets the lone woman who sees the man beneath the disguise—a blue-blooded temptress with the power to bring him to his knees.As they embark on a journey of passion and friendship, Victoria and Finn must decide if they’re willing to risk everything for the promise of true, magical love.Second novel in the tantalizing Victorian paranormal League of Lords series! 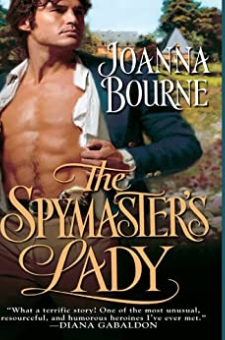 The historical romance that began Joanna Bourne's spectacular spymaster series!She's never met a man she couldn't deceive...until now.She's braved battlefields. She's stolen dispatches from under the noses of heads of state. She's played the worldly courtesan, the naive virgin, the refined British lady, even a Gypsy boy. But Annique Villiers, the elusive spy known as the Fox Cub, has finally met the one man she can't outwit.