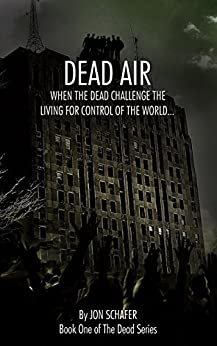 When a man suffering from a rare disease receives a debilitating head injury, the treatment given him mutates his affliction into a highly contagious virus. As the disease spreads, it first kills its victims and then reanimates them into beings that are compelled to eat ravenously and crave human flesh.In Clearwater, Florida, Steve Wendell is following the stories of people attacking each other, but is unaware of the severity of the situation. When Heather Johansen, a Sheriff’s Deputy who is interested in Steve as more than a friend, tells him the real story of cities being overrun by the dead, Steve makes plans to barricade himself in the fifteen story bank building where the radio station he manages has its suite of offices.After locking himself in with Heather and eight others, the group continues to broadcast live as the dead surround their redoubt and search for a way in. Coming across a ten year-old girl that is immune to the disease, the group tries to find a way to transport her across a land filled with the flesh-eating dead to a government facility where she can be studied and a cure found 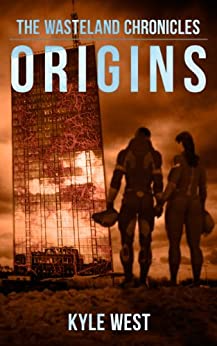 Ragnarok was only the beginning.Buried in Cheyenne Mountain, Colorado, is the massive Bunker One. Long conquered by the spawn of the xenovirus, it is now the mission of Alex Keener, Samuel Neth, and Makara Angel to find the fallen Bunker, or die trying. Contained within are the mysterious Black Files, which may be the key to stopping the xenovirus before it is too late.But one thousand miles of post-apocalyptic desert stand between the team and their goal, and human hostiles and killer dust storms are the least of their worries. They must make it to Bunker One before the winter snows bury it...and before anyone else can claim the files as their own.For growing in the south in the wake of the expanding Blights is the mysterious Empire, who will stop at nothing to secure the Bunkers' resources, technology, and information...and Bunker One is at the top of their list.And in the Great Blight, the monsters get bigger. Much, much bigger. 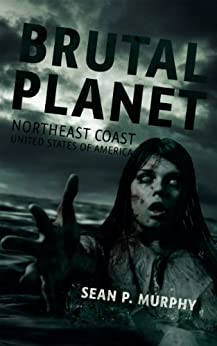 The experts all anticipated an influenza pandemic, after all these have occurred every ten to fifty years since the sixteenth century. They were just a natural part of being a highly mobile global species. We were ready. A million scenarios on thousands of computers all indicated we had the epidemiology down pat, we were looking for it. It never occurred to anybody that the next biological assault on humanity would have nothing to do with pigs, chickens or ducks.John Patrick a middle aged biological anthropologist at UMaine Orono whose life is dovetailing into bliss. He finally has a girlfriend, research papers are just flying off his computer and grant money is flowing in. Working isolated in the driest and perhaps oldest desert on Earth, the Atacama, the last thing on his mind is the end of humanity.A poet from the show me state once declared that the end of the world will come with a whimper. He was wrong. It will come with a roar. 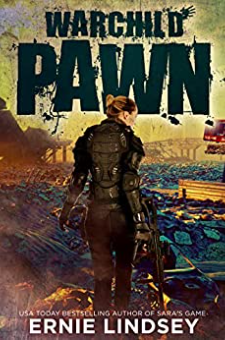 All she wanted was a chance to make her own way. War will force her to make history.Don't ask me how or why the world ended, because I can't tell you.Society collapsed long before Caroline Mathers was born.As an enlisted army scout, her duty is to patrol the surrounding forests and warn the citizens of her tiny outpost if danger is near. It's usually a quiet life......until the day she hears the terrifying beat of distant war drums echoing throughout their valley.Something long suspected, but never believed, is finally happening. An invasion is coming.Nothing less than the power of a timeworn legend can save Caroline's people now. Or so she thinks, because there are whispers of a prophecy from long ago..."And a girl shall lead them." 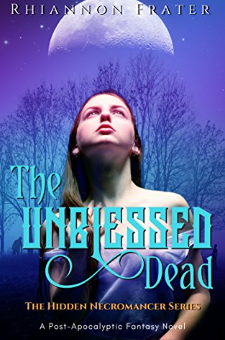 When I was younger, my mother saved my settlement from the Unblessed Dead that would have killed us all. It cost her everything to reveal her necromancy and sent shockwaves through our stringent religious settlement. Convicted of heresy against our sacred Lost Texts, she died soon after. Since then, I have worked hard to maintain my Pious Standing so that when I turn eighteen I will be selected by a suitable husband at the Bridal Auction. As the large clock in town square ticks down to my eighteenth birthday, the dead have been appearing in my garden. If I’m discovered, I’ll face the Necromancer Trial just as my mother, oldest sister, and I did all those years ago. This time I fear I will not survive it.To add to my worries, an enigmatic handsome young man has arrived in the settlement. Around him swirls a green aura only I can see. Is he here to help me? Or does he have more nefarious plans?My name is Ilyse Nott, and I fear I am a necromancer. If I am, my life is over. 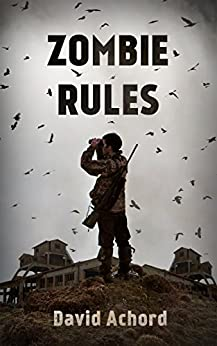 Zach Gunderson’s life sucked and then the zombie apocalypse began. Rick, an aging Vietnam veteran, alcoholic, and prepper, convinces Zach that the apocalypse is on the horizon. The two of them take refuge at a remote farm. As the zombie plague rages, they face a terrifying fight for survival.They soon learn however that the walking dead are not the only monsters.