Nicolette Bresson never thought she’d return to the de Vincents’ bayou compound. It’s where her parents work, where Nikki grew up . . . and where she got her heart broken by Gabriel de Vincent himself. Yet here she is, filling in for her sick mother. Avoiding Gabe should be easy, especially when so much of Nikki’s time is spent trying not to be stabbed in the back by the malicious hangers-on who frequent the mansion. But escaping memories of Gabe, much less his smoking-hot presence, is harder than expected—especially since he seems determined to be in Nikki’s space as much as possible.

Gabriel spent years beating himself up over his last encounter with Nikki. He’d wanted her then, but for reasons that were bad for both of them. Things have now changed. Gabe sees more than a girl he’s known forever; he sees a smart, talented, and heartbreakingly beautiful woman . . . one who’s being stalked from the shadows. Now, Gabe will do anything to keep Nikki safe—and to stop the de Vincent curse from striking again. 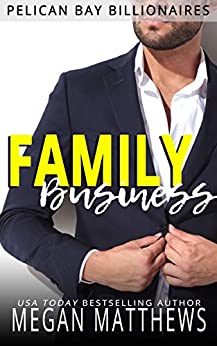 Family bonds are at stake in the first Pelican Bay billionaire spin-off from USA TODAY Bestselling author Megan Matthews.
We’ve all heard the story.
Rich jerk pays a hot chick to be his fake fiancé, and they fall madly in love.
Let’s hope that doesn’t happen this time.
When my cousin offered $2 million to a family friend, I thought he’d lost his mind.
Then I met her.
Mari Chambers hasn’t been in America for two years, but now she’s here and alone. Her Guatemala humanitarian project needs more funding, and my cousin’s offer is the payday she can’t refuse no matter his conditions. She’ll put up with anything to get her money, but I can’t sit back and watch her crumble.
I also won’t let her fall in love with anyone besides me. Mari’s about to find out there’s more than one billionaire in this town. I’m not as flashy as my cousin, but I’ll flicker all the lights to get her attention.
What will my cousin do when I steal his fake fiancé?
Love a twist on a classic trope? Read how this fake fiancé story plays out by reading a copy of Family Business today! 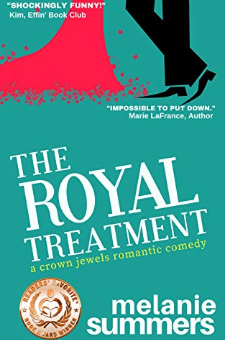 For fans of Bridget Jones and The Princess Diaries comes a laugh-out-loud, feel-good comedy with a sizzling side of romance…

Ultra-private, ridiculously handsome Crown Prince Arthur has always gotten by on his charm. But that won’t be enough now that the Royal Family is about to be ousted from power once and for all. When Prince Arthur has to rely on the one woman in the kingdom who hates him most, he must learn that earning the love of a nation means first risking his heart.

Twenty-eight-year-old Tessa Sharpe, a.k.a. The Royal Watchdog, hates everything about Prince Arthur. As far as she’s concerned, he’s an arrogant, lazy leech on the kingdom of Avonia. When he shocks the nation by giving her the keys to the castle, Tessa has no choice but to accept and move in for two months. It’s lust at first sight, but there’s no way she can give in to her feelings—not if she wants to have a career or a shred of pride left when her time at the palace ends…

Can two natural enemies find their forever in each other’s arms, or will they ruin each other to save themselves? ***

A gorgeously funny, romantic, and seductive modern fairy-tale...I have never laughed out loud so much in my life…incredibly funny, witty, romantic, swoony…wonderfully charming and deliriously dreamy…

Filled with witty and sarcastic humour, along with massive sexual chemistry…The Royal Treatment is the ultimate rom-com.

Cowritten by #1 New York Times bestselling author Julie Murphy and USA Today bestselling author Sierra Simone—a steamy plus-size holiday rom-com about an adult film star who is semi-accidentally cast as a lead in a family-friendly Christmas movie, and the former bad-boy pop star she falls in love with.

“The charming holiday romp you absolutely need in your life!” —Tessa Bailey

Bee Hobbes (aka Bianca Von Honey) has a successful career as a plus-size adult film star. With a huge following and two supportive moms, Bee couldn’t ask for more. But when Bee’s favorite producer casts her to star in a Christmas movie he’s making for the squeaky-clean Hope Channel, Bee’s career is about to take a more family-friendly direction.

Forced to keep her work as Bianca under wraps, Bee quickly learns this is a task a lot easier said than done. Though it all becomes worthwhile when she discovers her co-star is none other than childhood crush Nolan Shaw, an ex-boy band member in desperate need of career rehab. Nolan’s promised his bulldog manager to keep it zipped up on set, and he will if it means he’ll be able to provide a more stable living situation for his sister and mom.

But things heat up quickly in Christmas Notch, Vermont, when Nolan recognizes his new co-star from her ClosedDoors account (oh yeah, he’s a member). Now Bee and Nolan are sneaking off for quickies on set, keeping their new relationship a secret from the Hope Channel’s execs. Things only get trickier when the reporter who torpedoed Nolan’s singing career comes snooping around—and takes an instant interest in mysterious newcomer Bee.

And if Bee and Nolan can’t keep their off-camera romance behind the scenes, then this merry little meet cute might end up on the cutting room floor. 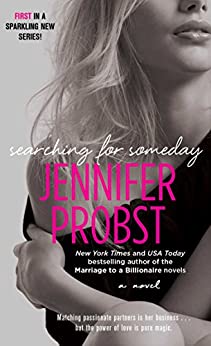 From “one of the most exciting breakout novelists” (USA TODAY) comes the first novel in an irresistible new series—a spin-off of the bestselling Marriage to a Billionaire series—featuring a matchmaker who falls for a man who doesn’t believe in love.
In charming Verily, New York, Kate Seymour has a smashing success with Kinnections, the matchmaking service she owns with her two best girlfriends. But Kate’s more than a savvy businesswoman: She’s gifted with a secret power, a jolting touch that signals when love’s magic is at work. It rocked her when she picked up a strange volume of love spells in the town’s used bookstore...and it zapped her again when she encountered Slade Montgomery, the hot-tempered— and hot-bodied—divorce lawyer who storms into Kinnections demanding proof that playing Cupid won’t destroy his vulnerable sister, Kate’s newest client. The only way to convince this cynic that she’s no fraud, and that love is no mirage, is for Kate to meet his audacious challenge: find him his dream woman. Can Kate keep their relationship strictly business when her electrifying attraction nearly knocked her off her feet? Or has the matchmaker finally met her match? 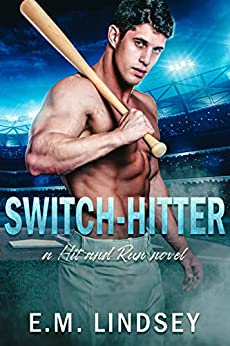 Get a personal chef, they said. It’ll be fun, they said.
And then Thierry shows up and Pietro realizes his mistake. Because he knows Thierry. A little too well.
Thierry is the man who told his ex to leave him.
Thierry is the man who punched Pietro and ran.
Thierry... is his ex-boyfriend’s best friend.
But Pietro also knows the man needs a job. An injury destroyed his former career and Pietro is nothing if not a bleeding heart. Besides, he doesn’t have time to search for a new chef, not with the World Series looming and his team ready to go all the way.
Life gets more complicated, though, when he and Thierry cross a line one night after a lot of wine and several bad jokes. And while hooking up is one thing, Pietro knows the last thing in the world he needs is for his heart to get involved.
Too bad it tends to make decisions without him.
Switch-Hitter is the first book in a fictional MLB series featuring a lonely baseball player with a chip on his shoulder and hope in his heart, a team ready to win no matter what it takes, a grumpy French chef who will defend escargot to the death, and a few bottles of dry red wine leading to the sweetest happily ever after. Each book in the Hit and Run Series stands alone, contains no cheating, and has a happily ever after.