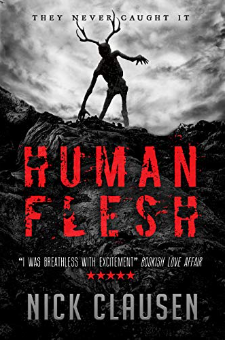 They never caught it During the winter of 2017, a series of strange occurrences took place in a small town of northern Maine. A rational explanation for what happened has still not been presented. Now, for the first time, all available evidence is being released to the public from what is commonly known as the Freyston case.Human Flesh is a dark horror story about the mythical creature wendigo known for possessing people and turning them into cannibals. Told through written evidence, the story will satisfy fans of Hannibal Lecter, and those who enjoyed the mood of Pet Sematary and the style of Carrie. "Great, mysterious and creepy ... I couldn't put it down"????? Adventures of a Book Nerd"All the planning it must have taken to put the story together is impressive. And the effect is enormous. It gave me chills and I still feel it"????? Bookish Love Affair EXCERPTEvidence no. 4: Entry from the blog My Otha Life by Otha Cochran[...] I suddenly realized just how cold the house was, and I noticed the window being ajar, the curtain swaying in the draft. I quickly closed it and felt the radiator: completely cold. I had no idea why Grandpa would have shut off the heat and opened the window.Upstairs I could hear Hugh still calling and opening and closing doors, obviously looking for Grandpa. My sense of dread increased still further, and I was just about to turn around and go upstairs when my eye caught something through the French door into the dining room. It was dark in there, too, but the windows were visible as bright rectangles, and in front of one of them stood a tall, gangly figure. It kind of looked like Grandpa, except I didn’t remember him being that thin.I went and opened the door, but the man by the window didn’t move as I entered the room. I could tell he had his back to me, as though he had gone to look out the window and then fallen into a trance.“Grandpa?” I asked low, not wanting to scare him.No reaction.Suddenly, I got a very strange feeling that the man wasn’t my Grandpa. I know it’s totally silly—I mean, who else could it be?I squinted my eyes in an effort to see his features more clearly, and I realized to my astonishment he was naked except for a pair of white undies.I’m not kidding. I know I should have felt embarrassed, but for some reason it just made me even more uneasy. Something was definitely not right.“Grandpa?” I said, louder.Still, the man didn’t stir. I noticed the faint whisper of the wind blowing through the room, and I noticed the windows in here were also standing ajar.Finally, it dawned on me to turn on the lights. I can’t believe I didn’t think of it earlier, but the situation was just so unreal and I was really confused and scared. I found the switch and flicked it.At long last, the man by the window reacted and started turning slowly around. I gaped at him. It was my Grandpa all right, but I almost didn’t recognize him. His cheeks were hollow, his lips thin and dry, the skin around his eyes was very dark, the eyes themselves were really haunting, being way too dark, like almost black, as though the pupils had grown to blot out the white.There was something strange above his head, too, although it must have been the shadows playing a trick on me—but for a brief second, I could have sworn Grandpa had a couple of branches sticking out of the top of his skull. Yeah, I know. It sounds completely bonkers.It was all over in a blink of an eye, then Grandpa looked exactly like I remembered him—the only odd thing about him being the missing clothes.“Well, if it isn’t Otha,” he said, his face lighting up. “I was just wondering when you guys would show up.” [...] 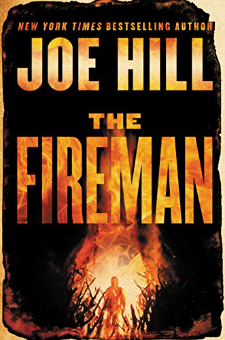 From the award-winning, New York Times bestselling author of NOS4A2 and Heart-Shaped Box comes a chilling novel about a worldwide pandemic of spontaneous combustion that threatens to reduce civilization to ashes and a band of improbable heroes who battle to save it, led by one powerful and enigmatic man known as the Fireman.The fireman is coming. Stay cool.No one knows exactly when it began or where it originated. A terrifying new plague is spreading like wildfire across the country, striking cities one by one: Boston, Detroit, Seattle. The doctors call it Draco Incendia Trychophyton. To everyone else it’s Dragonscale, a highly contagious, deadly spore that marks its hosts with beautiful black and gold marks across their bodies—before causing them to burst into flames. Millions are infected; blazes erupt everywhere. There is no antidote. No one is safe.Harper Grayson, a compassionate, dedicated nurse as pragmatic as Mary Poppins, treated hundreds of infected patients before her hospital burned to the ground. Now she’s discovered the telltale gold-flecked marks on her skin. When the outbreak first began, she and her husband, Jakob, had made a pact: they would take matters into their own hands if they became infected. To Jakob’s dismay, Harper wants to live—at least until the fetus she is carrying comes to term. At the hospital, she witnessed infected mothers give birth to healthy babies and believes hers will be fine too. . . if she can live long enough to deliver the child.Convinced that his do-gooding wife has made him sick, Jakob becomes unhinged, and eventually abandons her as their placid New England community collapses in terror. The chaos gives rise to ruthless Cremation Squads—armed, self-appointed posses roaming the streets and woods to exterminate those who they believe carry the spore. But Harper isn’t as alone as she fears: a mysterious and compelling stranger she briefly met at the hospital, a man in a dirty yellow fire fighter’s jacket, carrying a hooked iron bar, straddles the abyss between insanity and death. Known as The Fireman, he strolls the ruins of New Hampshire, a madman afflicted with Dragonscale who has learned to control the fire within himself, using it as a shield to protect the hunted . . . and as a weapon to avenge the wronged.In the desperate season to come, as the world burns out of control, Harper must learn the Fireman’s secrets before her life—and that of her unborn child—goes up in smoke.

The House by the Cemetery 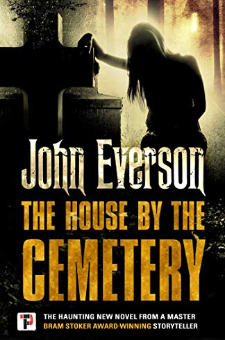 Rumor has it that the abandoned house by the cemetery is haunted by the ghost of a witch. But rumors won’t stop carpenter Mike Kostner from rehabbing the place as a haunted house attraction. Soon he’ll learn that fresh wood and nails can’t keep decades of rumors down. There are noises in the walls, and fresh blood on the floor: secrets that would be better not to discover. And behind the rumors is a real ghost who will do whatever it takes to ensure the house reopens. She needs people to fill her house on Halloween. There’s a dark, horrible ritual to fulfill. Because while the witch may have been dead... she doesn’t intend to stay that way.FLAME TREE PRESS is the new fiction imprint of Flame Tree Publishing. Launching in 2018 the list brings together brilliant new authors and the more established; the award winners, and exciting, original voices.

Stories by the Night Light 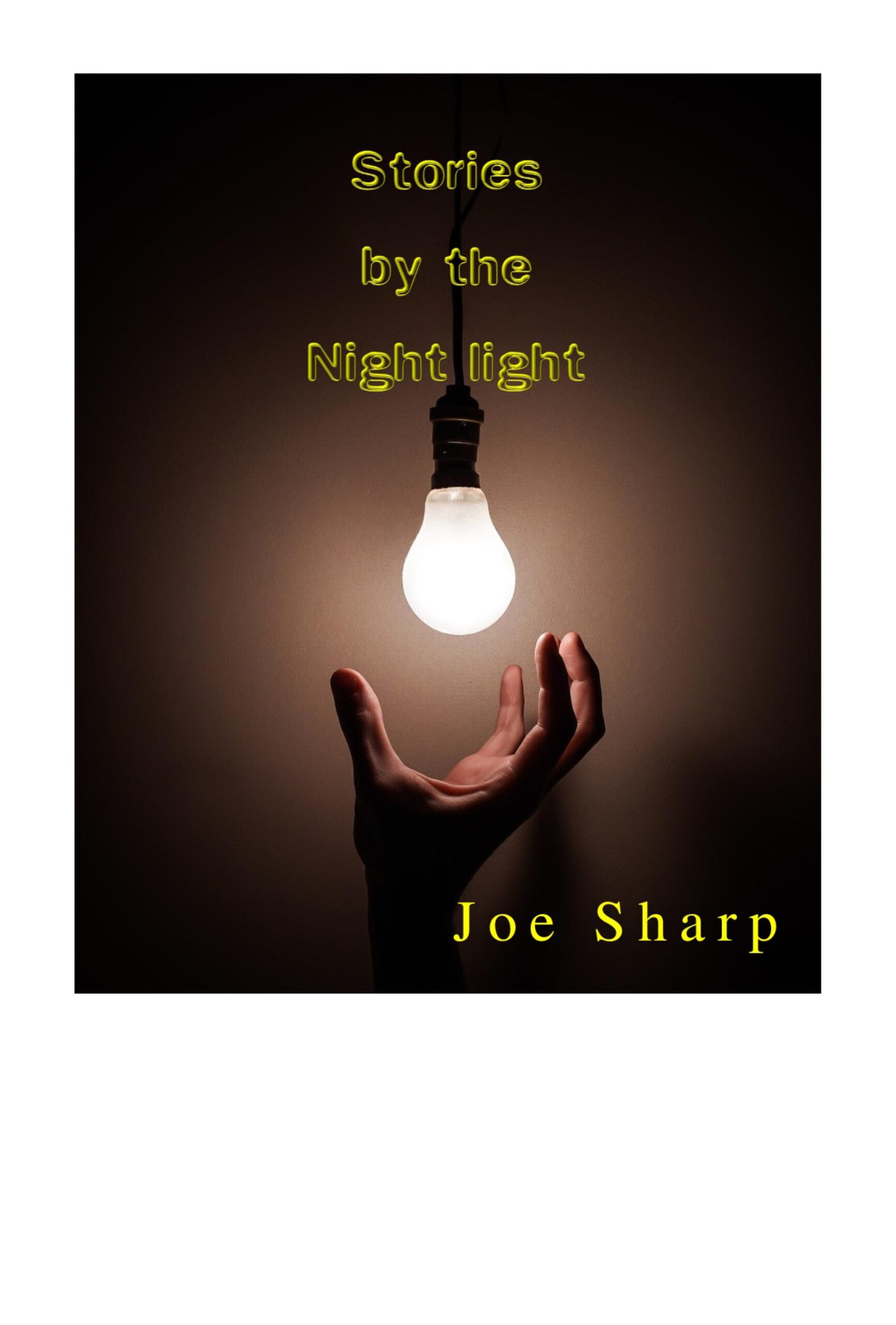 These are not children’s stories whispered around the glowing night light; these are tales of the strange and frightening things that go bump in the night, and awaken grown men and women from a sound sleep, dripping with sweat. If you enjoy short trips to the dark corners of the world, and have a nightlight handy, then welcome to the dark twisted mind of Joe Sharp.

Just remember this is not a dream! 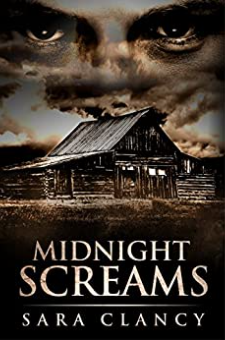 When Benton dreams, people die…Every time Benton sleeps, he becomes a trapped passenger within a murderer’s skin; able to hear, see, and feel every part of their kill. When he wakes up, he knows it’s only a matter of time before his dreams become reality. No matter how hard he tries to stop the murders, it always ends the same way – with death.After ten years of constantly relocating, his parents have decided to settle in Fort Wayward. A quiet Albertan town where Benton could focus on graduating high school and living an idyllic teenage life. That is, until he finds a dead body in his backyard. Benton’s hopes for normalcy come crashing down as something new begins stalking his dreams. Something that’s not human. And, for the first time, he’s not the only one watching. As his dreams and reality collide, Benton finds himself facing a monster beyond his understanding. In his fight for survival, Benton soon discovers why death follows him, why monsters draw close, and why he always wakes up screaming. 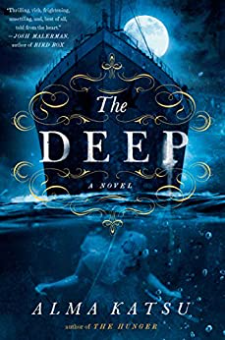 From the acclaimed and award-winning author of The Hunger comes an eerie, psychological twist on one of the world's most renowned tragedies, the sinking of the Titanic and the ill-fated sail of its sister ship, the Britannic.Someone, or something, is haunting the ship. Between mysterious disappearances and sudden deaths, the guests of the Titanic have found themselves suspended in an eerie, unsettling twilight zone from the moment they set sail. Several of them, including maid Annie Hebley, guest Mark Fletcher, and millionaires Madeleine Astor and Benjamin Guggenheim, are convinced there's something sinister--almost otherwordly--afoot. But before they can locate the source of the danger, as the world knows, disaster strikes.Years later, Annie, having survived that fateful night, has attempted to put her life back together. Working as a nurse on the sixth voyage of the Titanic's sister ship, the Britannic, newly refitted as a hospital ship, she happens across an unconscious Mark, now a soldier fighting in World War I. At first, Annie is thrilled and relieved to learn that he too survived the sinking, but soon, Mark's presence awakens deep-buried feelings and secrets, forcing her to reckon with the demons of her past--as they both discover that the terror may not yet be over. Brilliantly combining the supernatural with the height of historical disaster, The Deep is an exploration of love and destiny, desire and innocence, and, above all, a quest to understand how our choices can lead us inexorably toward our doom.