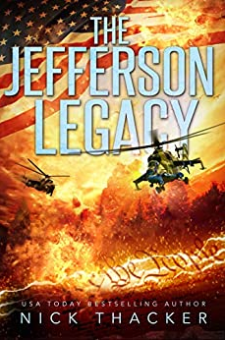 Meriwether Lewis was murdered... for a secret.Now, that same secret threatens the modern world...And only Harvey Bennett and the CSO can stop it.Harvey “Ben” Bennett is back, and he’s not alone. His new team — the Civilian Special Operations — is putting the finishing touches on their new headquarters when they receive a call: There’s been a murder. And in its wake, a seemingly insignificant artifact has been stolen. Ben and crew make their way to Philadelphia to investigate and are greeted by a modern-day American Philosophical Society —and learn that they are protecting a deadly secret that reaches back through history to Founding Fathers themselves.What was the secret that Meriwether Lewis died for? And why are so many willing to kill for it today?Dive into intense action, non-stop thrills, and a new spin on history!From the author that brought you the best-selling Harvey Bennett Thrillers series, The Jefferson Legacy is the newest installment and the first featuring the fully formed "Civilian Special Operations" team. 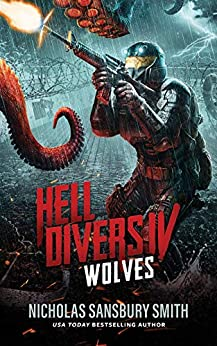 Series wide sale for a limited time!The New York Times and USA Today bestselling seriesThey dive so humanity survives. Now they take to the sea.In the fourth installment of the Hell Divers series, the Sea Wolf sets out to search for the Metal Islands. Leading the expedition is legendary Hell Diver Xavier Rodriguez. After enduring for a decade on the poisoned surface, his survival skills will be put to the test on the dangerous open seas.But storms, sea monsters, and the cannibalistic Cazadores aren’t the only threat to X and his small crew. Their mission will uncover hard truths about the history of the war that left humankind stranded in the air for centuries. And the fate of those still living on the airships might very well rest on this fragile and perilous journey to find a new home. 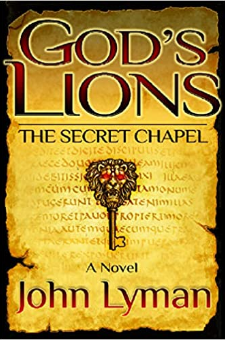 Summoned to Rome by an old friend, a Jesuit scholar finds himself using a code discovered in the Bible to unearth an ancient, hidden chapel in the catacombs under the city. When a rogue force of Vatican security officials are alerted to his discovery, the priest flees to the Holy Land with a clue ... a clue that will lead him and a team of Israeli Christians to a much larger secret in the middle of the barren Negev Desert.Meticulously researched and drawing on scientific fact, John Lyman's intriguing story takes readers into the world of scholars, archaeologists, code-breakers, and intelligence specialists who have discovered a prophetic code hidden within the Old Testament that authenticates the Bible as a book of supernatural origin and points to a divine plan. This gripping novel is truly a thought-provoking and action-packed thriller with implications for our future. 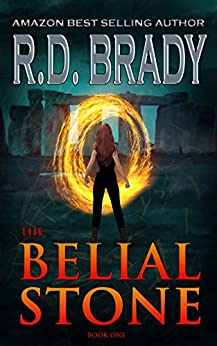 An innocent discovery on a Montana ranch two years ago sets off a series of events that may very well change the world . . .  if it doesn't end it first.Professor Delaney McPhearson's life is turned upside down when her best friend, archaeologist Drew Masters, is found dead. Before she can deal with the heartbreaking loss, she is viciously attacked in her home by a man with inhuman fighting abilities.Former Navy SEAL and head of security for a global think tank, Jake Rogan drops everything when he hears his foster brother, Tom Jeffries, has gone missing. There seem to be no clues, no information about his whereabouts. He has just vanished. But Jake won't rest until he finds him.Laney and Jake join forces when they learn that the fates of their loved ones are intertwined. And somehow all the danger that dogs their steps, revolves around an eccentric archaeologist's controversial work on Gobekli Tepe, and the search for an ancient source of power.Their personal quest soon becomes a race to protect humanity's very existence. But how can they defeat a foe who has been planning his moves for millennia?To save mankind, Laney and Jake know they must succeed. But to succeed, they must live long enough to fight.If you like James Rollins, Clive Cussler, Dan Brown, Douglas Preston and Lincoln Child, then you will be sucked right into this non-stop action thriller. And if you love thrillers that mix ancient history, explosive action scenes, and nail biting suspense, then the Belial series is for you!What Readers Are Saying:"This is a work of fiction which put my brain to work and my imagination on over-time!""This story is a non stop action fun and has it all: action adventure, sci-fi, fantasy, mystery, suspense, romance.""One of those joys of life that keep you up WAY past reasonable hours.""I found characters that were smart, intelligent, humorous and had connections with history and syfy! Ancient aliens and great historical writing makes these books a best read for people who love syfy, mystery, a hint that of romance and like on the edge of your seat reading. This series is the quintessential good read."

Rumpole and the Penge Bungalow Murders 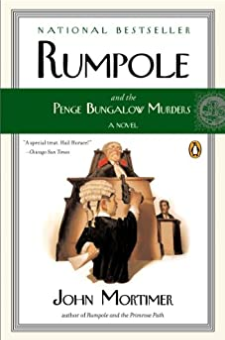 The Rumpole renaissance continues to build, and now the beloved barrister’s many followers have a special reason to rejoice: a sensational full-length Rumpole novel that at last relates the oft-mentioned but never revealed story of Rumpole’s first case, the Penge Bungalow affair. Looking back half a century into a very different world, Rumpole recalls a man accused of murdering his father and his father’s friend with a pistol taken from a dead German pilot. It was this trial and its outcome that put Rumpole on the map and shaped him into the cantankerous defender of justice that readers know and love. This is a must-read for every Rumpole fan and a compelling invitation to new readers. 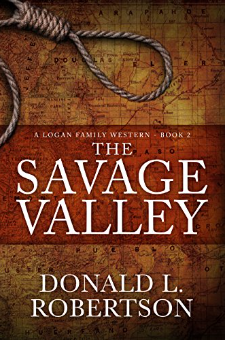 “You men got a choice. Pull leather and die, or drop your guns. Makes no never mind to me.”Callum Logan is a man of quick decision and execution. His fast gun has saved him on more than one occasion. Though hardened by the horrors of the Civil War, he gives each man a chance, unless they prove it’s undeserved.Now, on his way to begin a new life in the Colorado West, he’s eager to put the killing behind him. But while rescuing a family from despicable outlaws, he is forced to kill the leader of the small band, putting himself in direct conflict with the outlaw’s brother, Elwood Wister, whose gang has become the scourge of Southwest Colorado.Can Callum’s quick thinking and determination help him survive his greatest challenge yet? Is he ready for another battle? Will Wister succeed in executing his brutal plan to take revenge?Accompany Callum Logan as he embarks on the journey to build a new life, for himself and his family. Experience the savagery and danger that may lurk around every bend, in the shadows of the majestic Sangre de Cristos.