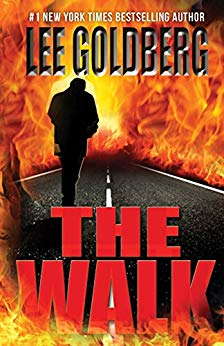 #1 New York Times Bestselling AuthorIt's one minute after the Big One. Marty Slack, a TV network executive, crawls out from under his Mercedes, parked outside what once was a downtown Los Angeles warehouse, the location for a new TV show. Downtown LA is in ruins. The sky is thick with black smoke. His cell phone is dead. The freeways are rubble. The airport is demolished. Buildings lay across streets like fallen trees. It will be days before help can arrive.Marty has been expecting this day all his life. He's prepared. In his car are a pair of sturdy walking shoes and a backpack of food, water, and supplies. He knows there is only one thing he can do ... that he must do: get home to his wife Beth, go back to their gated community on the far edge of the San Fernando Valley.All he has to do is walk. But he will quickly learn that it's not that easy. His dangerous, unpredictable journey home will take him through the different worlds of what was once Los Angeles. Wildfires rage out of control. Flood waters burst through collapsed dams. Natural gas explosions consume neighborhoods. Sinkholes swallow entire buildings. After-shocks rip apart the ground. Looters rampage through the streets.There's no power. No running water. No order.Marty Slack thinks he's prepared. He's wrong. Nothing can prepare him for this ordeal, a quest for his family and for his soul, a journey that will test the limits of his endurance and his humanity, a trek from the man he was to the man he can be ... if he can survive The Walk.CRITICAL ACCLAIM FOR #1 NEW YORK TIMES BESTSELLING AUTHOR LEE GOLDBERG "Can books be better than TV? You bet they can -- when Lee Goldberg's writing them. Get aboard now for a thrill ride," #1 New York Times bestselling author Lee Child "You'll finish this book breathless!" #1 New York Times Bestselling author Janet Evanovich"Leaves you guessing right up until the heart-stopping ending," New York Times bestselling author Lisa Gardner"Lee Goldberg can plot and write with the best of them," Mystery Scene Magazine"Lee Goldberg gives THE WALK a richness and truthfulness that wouldn't exist if it were only about a cardboard man fighting exterior threats. The story becomes far more poignant because it is about the hero's moral courage as much as it is about a paralyzed world. This is memorable fiction." -- Spur-Award winning author Richard Wheeler"Entertaining and ruefully funny," Honolulu Star Bulletin"When it comes to delivering a first-rate mystery, Lee Goldberg has the hands of a master surgeon," New York Times bestselling Author Rick Riordan"THE WALK is a magnificent novel -- by turns hilarious, scary, sad, witty and ultimately wise on its judgments about the way so many of us live these days. And it's one hell of a page-turner, too," Author Ed Gorman, founder of Mystery Scene Magazine"Harrowing and funny..." -Ellery Queen Mystery Magazine"Lee Goldberg's hard-to-classify but not-be-missed THE WALK, set in the aftermath of a major Los Angeles earthquake, pokes fun at the TV industry in the midst of disaster..." -Jon Breen, The Year In Mystery and Crime Fiction"With books this good, who needs TV?" Chicago Sun Times"THE WALK is one of the very best novels you'll read this year or any other year." - Author James Reasoner"You'd be hard-pressed to find another recent work that provides so many hip and humorous moments," Bookgasm"More than anything, THE WALK is a story that makes us confront the fact that most of the time most of us can't save the day--we can only save ourselves." --The Unfanboy BlogABOUT THE AUTHOR Lee Goldberg is a two-time Edgar & two-time Shamus Award nominee and the #1 New York Times bestselling author of over thirty novels, including the fifteen Monk mysteries and the internationally bestselling Fox & O'Hare books co-written with Janet Evanovich. He's also written and/or produced scores of TV shows, including Diagnosis Murder, SeaQu