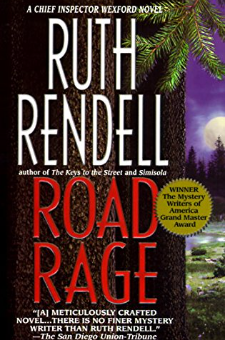 Winner of multiple Edgar and Gold Dagger awards including the most prestigious Edgar of them all, the Grand Master, Ruth Rendell returns with a novel that pits Chief Inspector Wexford against a quite personal foe: the environmental terrorists who kidnap and threaten the lives of five hostages--including Wexford's own wife. As Road Rage begins, Chief Inspector Wexford is walking through Framhurst Great Wood, just outside his beloved town of Kingsmarkham, for what he tells himself will be the last time. He can no longer bear to look at the natural beauty that will soon be despoiled by the construction of a new highway. Wexford rather despairs of the project; his more sanguine wife, Dora, is active on a committee to save the threatened land. Others are more desperate to achieve their end, and their means include the taking of hostages, including Dora, and the threat to begin murdering them.How Wexford and his dedicated team of police officers race against time to learn the identity of the kidnappers and discover the whereabouts of the hostages will rivet readers who delight in following the intricate details of an intensive police investigation. But, as in every Ruth Rendell novel, the mortal drama raises political and moral questions that are not resolved with the closing of the case, and that apply far beyond the limits of Kingsmarkham. 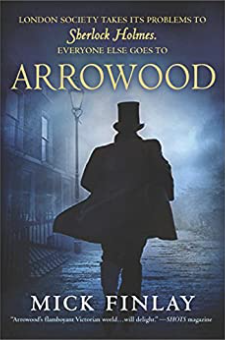 1895London is scared. A killer haunts the city’s streets; the poor are hungry; crime bosses are taking control; the police force is stretched to the breaking point.The rich turn to Sherlock Holmes, but the celebrated private detective rarely visits the densely populated streets of South London, where the crimes are sleazier and the people are poorer.In the dark corner of Southwark, victims turn to a man who despises Holmes, his wealthy clientele and his showy forensic approach to crime: Arrowood—self-taught psychologist, occasional drunkard and private investigator.When a man mysteriously disappears and Arrowood’s best lead is viciously stabbed before his eyes, he and his sidekick Barnett face their toughest quest yet: to capture the head of the most notorious gang in London…In the bestselling tradition of Anthony Horowitz and Andrew Taylor, this gloriously dark crime debut will haunt readers long after the final page has been turned.

The Case of the Dubious Bridegroom 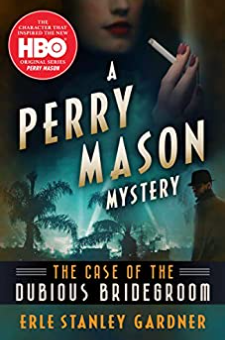 A lawyer is sucked into a couple’s hostile divorce in this mystery with “a stellar ending” from the original detective series that inspired the HBO show (Kirkus Reviews).   Edward Garvin is a very successful businessman with a very unhappy ex-wife—who wants his money. So Garvin calls on lawyer Perry Mason to protect his company from her schemes, and ensure the divorce they’d gotten in Mexico is actually finalized.   But when Garvin’s former spouse is struck down by a killer, Mason’s client becomes the chief suspect. Fortunately, the attorney “comes up with dazzling answers” to the mystery . . . (The New York Times).   This whodunit is part of Edgar Award–winning author Erle Stanley Gardner’s classic, long-running Perry Mason series, which has sold three hundred million copies and serves as the inspiration for the HBO show starring Matthew Rhys and Tatiana Maslany. DON’T MISS THE NEW HBO ORIGINAL SERIES PERRY MASON, BASED ON CHARACTERS FROM ERLE STANLEY GARDNER’S NOVELS, STARRING EMMY AWARD WINNER MATTHEW RHYS 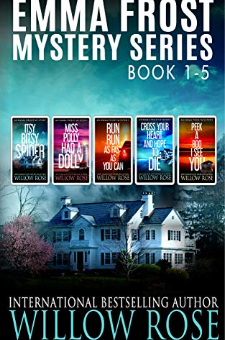 Crazy deal! Get five chilling page-turners from the queen of scream: Bestselling author Willow Rose - On sale for a limited time. A modern MURDER SHE WROTE??? ITSY BITSY SPIDER (Emma Frost Book 1): Emma Frost inherits a house on Fanoe Island when her grandmother dies. She decides to move there with her family, much to her teenage-daughter's regret. One morning a wealthy old woman in her street is found murdered and soon Emma finds herself wrapped in a mystery uncovering the island's dark secrets that not only runs deep within the history of the island but also within her own family. ??? MISS POLLY HAD A DOLLY (Emma Frost Book 2): Miss Polly had a dolly. A beautiful daughter that she called her Baby Doll. Every day she dressed her in dresses and brushed her hair before they went outside to show off to the neighbors. On the playground one day her Baby Doll talked to a boy, and for one unforgivable second, Miss Polly let herself be distracted by a woman telling her how adorable she thought her daughter was. When Miss Polly finally turned to look for her Baby Doll, she was gone. Many years later Emma Frost hears about the disappearance of the little girl and learns that she is not the only one to have gone missing from Fanoe Island back in the nineties. As she digs deeper into the story, she soon finds herself entangled in a web of strange and very disturbing events. ??? RUN RUN AS FAST AS YOU CAN (Emma Frost Book 3): Simone Beaumont is having a rough day. She is exhausted. Her baby is crying non-stop, she is in a fight with her husband and hasn't spoken to him since last night. A big part of her want to just leave everything. To run away from it all. To vanish. She is considering it while putting her screaming baby in her car seat when suddenly she meets a man in the parking lot who without asking her makes her wish come true. Emma Frost has just come home from a trip to Eastern Europe when the body of Simone Beaumont is being found. It turns out she was part of Sophia's mothers’ group and soon the small group is shaken by yet another disappearance. ??? CROSS YOUR HEART AND HOPE TO DIE (Emma Frost Book 4) We all know that high school reunions can be a daunting and sometimes horrifying experience. Well, for Emma Frost that is exactly what it becomes when she is invited to meet with all of her old classmates at a desolated hotel in the most Northern part of Denmark. Soon, she will learn that there was more to this reunion than just them catching up on old times as a dark secret from their mutual past is revealed.Fasten your seatbelt as Willow Rose takes you on a crazy and very surprising ride.??? PEEK A BOO, I SEE YOU (Emma Frost Book 5)The body of a woman found in front of Nordby City Hall has a message for Emma Frost carved into the skin. Behind this ruthless murder stands a ghostly figure that likes to play childish games. Soon, this killer brings a reign of terror to the small Danish Island and especially to the life of Emma Frost.While Emma's personal life is in a mess, she also has to hunt down a cruel predator who seems to be targeting people with serious mental illnesses.Scroll up and grab a copy today.

A Cry in the Dark 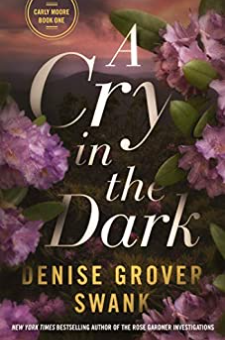 A woman fleeing her past finds more than she bargains for in a new romantic suspense series by New York Times, Wall Street Journal, and USA Today bestselling author Denise Grover Swank.A woman on the run with no one to trust.With the ink barely dry on her new identity, Carly Moore just wants to disappear…but fate has other plans. Broken down car, next to nothing in her bank account, Carly is stuck in a Smoky Mountain town that time has forgotten. Drum is riddled with secrets and outsiders are eyed with distrust. Still, it isn’t until she witnesses a cold-blooded murder in a darkened parking lot, that she realizes she’s escaped one nightmare, only to land in another.As the clock ticks down and more bodies pile up, Carly doesn’t know who to trust. If she doesn’t stop the killers, they just might stop her…permanently. Books in the Carly Moore series:A Cry in the DarkHer Scream in the SilenceOne Foot in the Grave 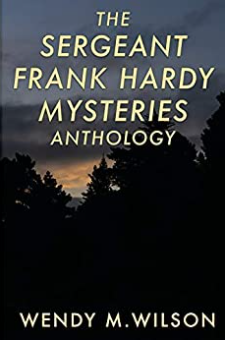 "This series is full of excitement and adventure and mystery; with wonderful characters, and a lovely setting." Amazon Reviewer"So impressed with this well-written, historical drama, crime thriller, with a wee love story to entice, that I'm buying the rest of the series - and I'm very critical in my reading choices, and limited in my finances, so it's great recommend from me." Amazon ReviewerIn late nineteenth century New Zealand, Sergeant Frank Hardy, ex British soldier, battles for survival and for his own life as he carves out a new existence for himself and his family in the prehistoric but stunningly beautiful bush. An "atmospheric and engaging series."          WARNING: THESE BOOKS CONTAIN SOME VIOLENCE AND PROFANITYNOT THE FAINTEST TRACEWhen Sergeant Frank Hardy is asked to find two missing Scandinavian immingrants, he is reluctant. He was looking for something more adventurous. But an attack by an axe-wielding warrior and a chance encounter with the cousin of one of the missing men draws him into the action.RECALLED TO LIFEFrank Hardy awakes in an underground cell with no idea how he got there and why he has been taken. While he attempts to escape, he searches his past to discover why anyone would want him hidden away. Meanwhile, his partner and his fiance search for him while dealing with a body that wasn't supposed to surface and a man who looking for his missing brother.A DARK AND PAINFUL MYSTERYSergeant Hardy and his wife, Mette, search for a man who left home to find work and did not return. Based on a true story.The three books are the first in an ongoing saga of life in New Zealand, where a seemingly bucolic countryside is fraught with danger, from earthquakes, floods and fires, to the vestiges of war, and all the hardship that went with founding a new country thousands of miles from the homes of the new settlers from places as disparate as England, Ireland, Denmark, Germany, and China.