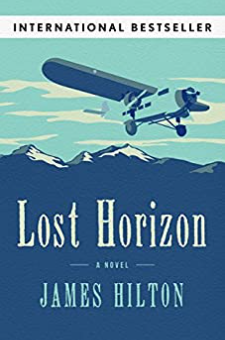 In this “engagingly written” international bestseller, survivors of a plane crash discover a peaceful paradise hidden in the Himalayas called Shangri-La (The New York Times). Hugh Conway saw humanity at its worst while fighting in the trenches of the First World War. Now, more than a decade later, Conway is a British diplomat serving in Afghanistan and facing war yet again—this time, a civil conflict forces him to flee the country by plane.   When his plane crashes high in the Himalayas, Conway and the other survivors are found by a mysterious guide and led to a breathtaking discovery: the hidden valley of Shangri-La.   Kept secret from the world for more than two hundred years, Shangri-La is like paradise—a place whose inhabitants live for centuries amid the peace and harmony of the fertile valley. But when the leader of the Shangri-La monastery falls ill, Conway and the others must face the daunting prospect of returning home to a world about to be torn open by war.   Thrilling and timeless, Lost Horizon is a masterpiece of modern fiction, and one of the most enduring classics of the twentieth century.