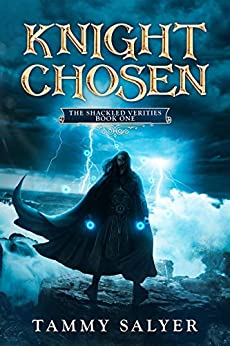 In a Cosmos-wide war between merciless celestials, humans are as expendable as pawns. Until the Knights Corporealis, warriors among the people of the five realms, seize the celestials’ weapons and fight back.
Book One in the Shackled Verities Series. An epic fantasy with magic, monsters, and a Cosmos-crossing adventure.
Vinnr is a realm of three kingdoms, one of five realms of the Great Cosmos. The peace between the kingdoms is stable but fragile, and the Knights Corporealis keep their distance from the fickle and divided commoners. After all, their oaths were sworn to celestials, not to people.
But certain doom has come. A corrupt celestial arrives with a singular focus: to conquer the people of Vinnr and spread his dominion throughout the five realms. As the battle to save Vinnr commences, the Knights quickly find that their fight is not only for their own realm—but for the Cosmos itself.
Embittered and weary of endless battle, Ulfric Aldinhuus, leader of the Knights, finds his faith failing. Ready for the challenge and eager to prove herself, Mylla Evernal, youngest of the Knights, takes up her sword readily and without a thought for her own life. And Jaemus Bardgrim, a peaceful foreigner from another realm caught unexpectedly in the midst of the chaos, just wants to know what in all the worlds is going on.
But surrender is not in Ulfric and the Knights and with catastrophe nearly at hand, Ulfric is sure of one thing… a sword will never lose its faith in the fight, even if he has.
What people are saying about the Shackled Verities Series:
?????????? “I can’t wait to find out what happens next in this epic series.”
?????????? “Compelling plot, intriguing characters and a pretty spectacular world.”
?????????? “Such a fantastic ride for this new promising series.... cannot recommend this enough!!”
?????????? “… a brilliantly executed novel.”
?????????? “Honestly I’d read a grocery list if Ms. Salyer wrote it.”
The Shackled Verities Series:
A Knight's Calling: A Shackled Verities Story
Knight Chosen: The Shackled Verities (Book One)
Knight Redeemed: The Shackled Verities (Book Two)
Knight Exiled: The Shackled Verities (Book Three)
Knight Awoken: The Shackled Verities (Book Four)

"I haven't enjoyed a story like this since Lord of the rings. I couldn't put it down."

- ????? ReviewPower. The ambitious thirst for it.But when a power-hungry wizard lord seeks to expand his rule, he triggers events unforeseen. The balance of magic is altered, races of old return, and beasts of legend stalk the land.Unlikely heroes armed with magical objects are drawn into the conflict:

Jerrell "Jace" - A snarky, clever thief whose outrageous exploits force him to hide his identity.Narine - A daring wizardess caught between her mad wizard lord father and jealous brother.Rhoa - A determined acrobat, armed with enchanted blades and a thirst for revenge.Rawk - Exiled for urges he cannot control, this dwarf possesses unique magic abilities.Brogan - A disgraced warrior who labors beneath the weight of his regrets.

These characters lead a compelling and memorable cast including ruthless wizards who vie for thrones able to grant the power of a god. How do you defeat a god?

Fate of Wizardoms is a fast-paced fantasy saga filled with compelling characters and beloved genre tropes, perfect for fans of Lord of the Rings, The Witcher, or Wheel of Time.

3 Books that combine for over 1,000 pages and 1,000 5-star reviews!Download & discover why readers rave about Fate of Wizardoms.

Other books in the COMPLETE Fate of Wizardoms series:

Objects of PowerRise of a Wizard QueenA Contest of Gods 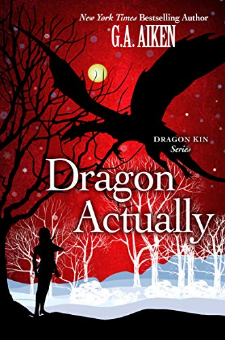 It’s not always easy being a female warrior with a nickname like Annwyl the Bloody. Men tend to either cower in fear—a lot—or else salute. It’s true that Annwyl has a knack for decapitating legions of her ruthless brother’s soldiers without pausing for breath. But just once it would be nice to be able to really talk to a man, the way she can talk to Fearghus the Destroyer. Too bad that Fearghus is a dragon, of the large, scaly, and deadly type. With him, Annwyl feels safe—a far cry from the feelings aroused by the hard-bodied, arrogant knight Fearghus has arranged to help train her for battle. With her days spent fighting a man who fills her with fierce, heady desire, and her nights spent in the company of a magical creature who could smite a village just by exhaling, Annwyl is sure life couldn't get any stranger. She’s wrong . . .  And just wait until you meet the rest of the family . . .

Praise for the Dragon Kin Series

“Aiken’s patented mix of bloodthirsty action, crazy scenarios and hilarious dialogue have made this series a truly unique pleasure.”—

Once Upon a Quest 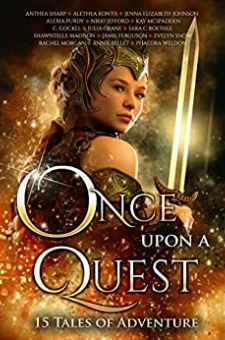 Fifteen brand new fairytale twists from the bestselling and award-winning authors who brought you Once Upon A Curse and Once Upon A Kiss! With inspirations ranging from The Ugly Duckling to Snow White, and everything in between (including trips to Camelot and Oz), these fabulous tales are full of adventure, magic, and a touch of romance. *Volume 3 in the Once Upon Anthologies Series, featuring dozens of fabulous fairytale retellings.

WEST OF THE MOON by Annie Bellet

- When her twin brother sacrifices his freedom to save their starving family, Lina embarks on a quest through a magical forest to save him and restore their fortunes.

A BELL IN THE NIGHT by Evelyn Snow

- For Stevie Silver, waking the beautiful boy in the glass box is only the beginning, as her mysterious past catches up with her.

- A girl sets out to seek her fortune - and luckily, she has a clever cat for a companion…

- Jack Frost must find his true love and save her from the Snow Queen’s icy shards before he loses her - and his chance at humanity - forever.

THE GOBLIN AND THE TREASURE by Alethea Kontis

- Out-of-work soldier Kira Kobold is handpicked by the High Wizard Zelwynn to go on a quest. Her companions? A growly ogress, a surly dwarf, a dimwitted troll, and an overly optimistic goblin. This wasn’t exactly the quest she was looking for…

THE RUINS OF OZ by Alexia Purdy

- The Land of Oz was the last place Thea thought she’d find herself after falling through her mother’s enchanted mirror. If the stories she’s been told are real, why is the Emerald City in ruins?

A TOUCH OF GOLD by Rachel Morgan

- When Tilly helps two strangers escape from danger, she becomes part of their quest to keep a powerful magical ability out of the wrong hands...

MAGIC AND MACHINERY by Jamie Ferguson

- Maude works with machinery, not magic. Can she find a way to escape the magician’s grasp and free her beloved brother?

BLOW YOUR HOUSE DOWN by Nikki Jefford

- When the stream providing healing water to Claire’s sick aunt dries up, she must venture into the dreaded Dorcha Forest, where she discovers a stranger willing to risk his freedom in order to help her on her quest.

- He thought he was following the music, but a white cat led him to realize life held more adventure than he’d guessed.

KING ARTHUR AND THE CHALICE OF LIFE by Julia Crane

- Camelot may be at peace, but betrayal and death lurk within the mists surrounding it.

FEAR OF FALLING by Shawntelle Madison

- Cast from her griffin’s nest, Ireti is forced into the cruel world of the ground-walkers below. Before she can fly, Ireti must find the strength to walk, and the key to acceptance lies in an undiscovered place—between two worlds.

- Ailios was taught to never believe a promise from one of the Faie, but that doesn’t stop her from doing it anyway.

TAKE MY MONSTERS by C. Gockel

- In the wilds of the barbarian north, Roman slave Margusa meets a warrior enchanted and enslaved by an Elf Queen. To set him free, Margusa must first confront the monsters within herself...

A mysterious past. An uncertain future. A quest for justice

Alex and I are on the run when an unexpected visitor appears. The Magesterial Council has sent an imp to summon me to them.The Council reveals that my mother was a fugitive, and now it's up to me to uncover the truth of her crimes or stand trial as a co-conspirator. In the magical world, leniency isn't part of their vocabulary. With only Alex and my best friend to help, I've got to race between Elustria and Earth to discover who my mother really was while dodging the mages who are still hunting me.Time is running out, and failure means a lifetime sentence.

is the second book in the

series and is intended to be read after

A Discovery of Witches 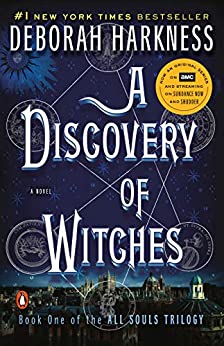 Book one of the New York Times-bestselling All Souls trilogy—"a wonderfully imaginative grown-up fantasy with all the magic of Harry Potter and Twilight” (People).
All three seasons of the hit TV series “A Discovery of Witches” are streaming now on AMC+, Sundance Now and Shudder.
Deborah Harkness’s sparkling debut, A Discovery of Witches, has brought her into the spotlight and galvanized fans around the world. In this tale of passion and obsession, Diana Bishop, a young scholar and a descendant of witches, discovers a long-lost and enchanted alchemical manuscript, Ashmole 782, deep in Oxford's Bodleian Library. Its reappearance summons a fantastical underworld, which she navigates with her leading man, vampire geneticist Matthew Clairmont.
Harkness has created a universe to rival those of Anne Rice, Diana Gabaldon, and Elizabeth Kostova, and she adds a scholar's depth to this riveting tale of magic and suspense. The story continues in book two, Shadow of Night, and concludes with The Book of Life.