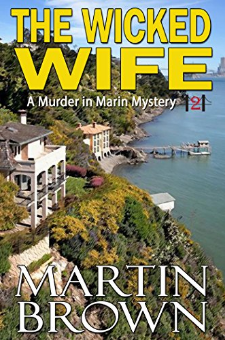 In Book 2 of the MURDER IN MARIN Mysteries: When billionaire William Adams—Marin County’s most eligible widower—marries international superstar model Willow Wisp, Belvedere's society women are dismayed. After all, she is half his age and, in their view, not interested in anything other than his money.Like everyone else, newspaper publisher Rob Timmons, his assistant, Holly Cross, and his childhood friend, Sheriff’s Detective Eddie Austin, are baffled when Willow vanishes. Is she dead or simply hiding in some far flung corner of the world with one of her many rumored lovers? Or was she the victim of a cuckolded husband, who learned too late that his trophy bride was in truth, a very wicked wife?The answers lie somewhere between the posh hotels of Paris, the dazzling parties of San Francisco, and the lush green hills of Marin County.

Mia Carina is back in the borough of Queens—in charge of the family catering hall, Belle View Banquet Manor, and keeping her nonna company. But some events—like murder—are not the kind you can schedule . . .

Mia’s newly pregnant friend Nicole plans to hold a shower at Belle View—but Nicole also has to attend one that her competitive (and mysteriously rich) stepmother, Tina, is throwing at the fanciest place in Queens. It’s a good chance for Mia to snoop on a competitor, especially since doing a search for “how to run a catering hall” can get you only so far.

Mia tags along at the lavish party, but the ambience suffers at Nicole’s Belle View shower when a fight breaks out—and then, oddly, a long-missing and valuable stolen painting is unwrapped by the mom-to-be. Tina is clearly shocked to see it. But not as shocked as Mia is when, soon afterward, she spots the lifeless body of a party guest floating in the marina . . .

Beyond a Reasonable Donut 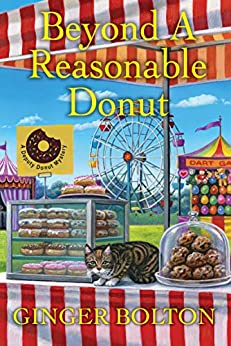 Selling her corn fritters at a carnival, Deputy Donut Café owner Emily Westhill faces off against a murderer who doesn’t play fair . . .

Emily and her assistant, Nina, are looking forward to manning the Deputy Donut tent at the Faker’s Dozen Carnival in Fallingbrook, Wisconsin—a festival held on Friday the thirteenth to celebrate good and bad luck. But Emily has barely dropped the corn fritters in oil when bad luck boils up. First, their bucket of confectioner’s sugar disappears—and then while a mime creates a distraction, a magician robs their cash register.

After the carnival, their misfortune continues. Emily discovers that someone has broken into artist Nina’s loft and vandalized a large painting in progress with the bucket of stolen sugar, which is now on the head of the mime, who seems to have been suffocated. Emily would bet Nina was the intended victim, but the cops think Nina silenced the mime. Now Emily must catch the killer white-handed—before someone else kicks the bucket . . .

“Charming . . . Yummy donut recipes round out a whodunit (or is it a whodonut?) sure to please cozy fans.”
—Publishers Weekly 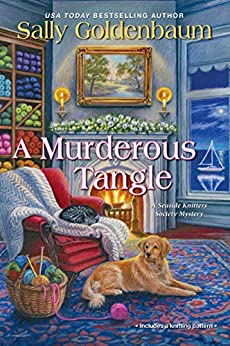 Birdie, Nell, Cass, and Izzy are prepping their coziest handiwork for a holiday gathering in Sea Harbor, Massachusetts. But as murder makes waves in their tightly knit coastal village, can the Seaside Knitters prevent a deadly trend from catching on?

While the Seaside Knitters get ready to showcase their new Danish-inspired event, locals can’t stop talking about Tess Bean, a bright-eyed environmental activist with a way of charming both animals and humans alike—especially Birdie’s granddaughter, and Izzy’s old Irish setter. Except not everyone is a fan of Tess and her strong opinions, especially after she starts questioning the “clean” practices of small-business owners . . .

When a popular bar owner whom Tess publicly calls out is found dead from a fall off his club’s deck, Tess soon tops the list of suspects. But in addition to a murderer walking their streets, the knitters are grappling with an unusual wave of local thefts. Now, as Birdie’s granddaughter struggles to protect her mentor’s reputation, the Seaside Knitters must solve a dangerous mystery that not only threatens to unravel the fabric of their community and the approaching holiday—but also the lives of those they care about the most . . .

“I was utterly charmed by the Seaside Knitters and their cozy community.”
—Bestselling author Laurien Berenson 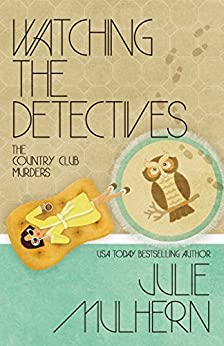 With so many bodies, is it any wonder Detective Anarchy Jones’ new partner considers Ellison a suspect?

WATCHING THE DETECTIVES by Julie Mulhern | A Henery Press Mystery. If you like one, you’ll probably like them all. 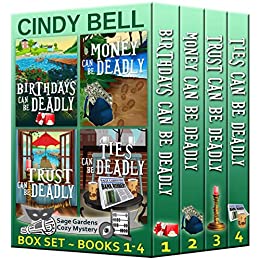 Start a new cozy mystery series by getting the first 4 books in the Sage Gardens Cozy Mystery Series in this boxed set.

Book 1: Birthdays Can Be Deadly

The retirement village, Sage Gardens, has villas set amidst beautiful, lush gardens surrounding a sparkling, blue lake. Everything is peaceful in the small, secure retirement community.

That is until a resident, James, dies at his birthday party. Given his age it is presumed that he died of natural causes, but foul play is suspected and three residents join forces to try and uncover the truth. Although they are retired they use their skills and experiences from their professions as a detective, crime journalist, and accountant in the search for the murderer. But first they have to work out who a mysterious, yet familiar resident is.

Just who is the mystery resident and will she prove to be an ally or foe? Will the ‘Sage Gardens Sleuths’ be able to catch the killer before one of them becomes a victim themselves?

Book 2: Money Can Be Deadly

Samantha is relaxing by the lake enjoying the tranquil surroundings with her early morning cup of tea. The retirement village, Sage Gardens, is beautiful and peaceful at that time of the morning.

But then Sam makes an unexpected discovery on the shores of the lake just before a Sage Garden’s employee turns up dead. The police arrest the perfect murder suspect, but the ‘Sage Gardens Sleuths’ do not believe he did it. The four retirees are on a mission to uncover the truth.

Their investigations lead them directly towards some criminals and puts them in serious danger. Will they be able to find the real murderer before an innocent man spends his life behind bars? Or is the wool being pulled over their eyes and he really is guilty?

Book 3: Trust Can Be Deadly

The retirement community, Sage Gardens, is usually peaceful and quiet and this morning is no different.

That is until a resident is found murdered in his villa. The ‘Sage Gardens Sleuths’ decide to do a little investigating of their own to help speed up the process of revealing the murderer so that Sage Gardens can be a safe place to live once again. Their investigation leads them down a path they never anticipated and puts some of them in unexpected danger.

Will they be able to catch the killer before one of them gets hurt? Or will they reach a dead end?

Book 4: Ties Can Be Deadly

When Eddy goes to the bank to draw out money to buy Samantha a birthday present, the last thing he expects is for the bank to be robbed while he’s in the queue. Then, when the police think they have solved the case because they find the perfect suspect murdered, Eddy is certain that things are not as they seem.

With the help of Samantha, Walt and Jo, Eddy goes on a search to discover who was involved in the bank robbery and who murdered the suspected robber. Their investigations lead them towards some serious criminals and puts them in some serious danger.

Will the ‘Sage Gardens Sleuths’ be able to stay out of danger long enough to untangle the web of suspects so that justice can be served?