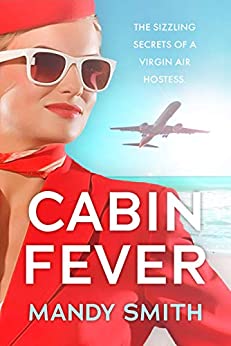 The secrets of the Mile High Club revealed…Mandy Smith spent twelve years strutting down the aisles as one of Richard Branson’s sexy and sassy flight attendants. From dealing with projectile vomit and celebrity tantrums to sipping Manhattans and shopping in New York, this inside account is riotous good fun. Set against a backdrop of exotic locations, the cast of zany characters includes everyone from Courtney Love to Sir Richard himself. Mandy’s jet-setting job allowed her to search the globe for Mr Right, which led her to many steamy love affairs. In Cabin Fever Mandy Smith tells the good, the bad and the downright naughty tales of life in the air.Praise for Cabin Fever:‘This fun read dishes on what it's like to live with your head in the clouds - from in-flight fist fights to sneaky shenanigans’ – Cosmopolitan‘A rollicking read with heart’ – Good ReadingNicola Stow has been a journalist since 2000 and has worked for several national UK newspapers, including the News of the World.Mandy Smith was born and raised in Hartlepool, England. She worked in the office of the engineering department for Virgin Atlantic before she took to the skies in 1999. After a 12-year career jetting around the globe, she eventually retired from the world of flying to pursue an entirely different career: motherhood. She now lives in West Sussex with her husband Glenn and their daughter. Read more