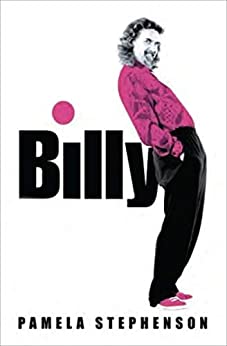 By turns heartbreaking and hilarious, this intimate biography of the British comic is “a triumph of the will, an Angela’s Ashes with punch lines” (Publishers Weekly).

One of the UK’s most beloved stand-up comedians, Billy Connolly is recognized around the world for his HBO comedy specials and roles in movies like The Boondock Saints and Lemony Snicket’s A Series of Unfortunate Events. An inspiration to generations of British comedians, including such stars as Eddie Izzard, Billy is known simply as “The Big Yin” in his native Scotland. But his road to success was anything but easy. Abandoned by his mother in a Glasgow tenement, abused by his father and the cruel aunt who became his caretaker, he would seem to have little chance of survival let alone meteoric success.

Billy, the revelatory, poignant, and wildly entertaining biography is written by the woman who knows him best—his wife. Pamela Stephenson, a clinical psychologist, takes us through the heartbreaking and hilarious life of this comic legend, providing an intimate window into what made him the man he is today.