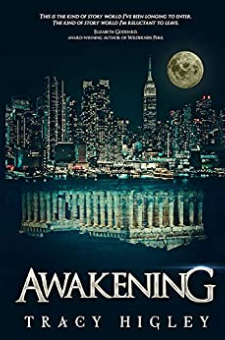 Seven years ago Kallie woke up in a New York City museum, injured and traumatized. Alone and unclaimed.

Despite her shattered memories, she's made a quiet life for herself as museum curator. But then the blackouts start. Lost time, stranded in terrifying danger, frantic visions that can't be real.

And now Kallie's journal has morphed into something else... What began as a romantic fairy tale becomes the tale of a woman plunged into crisis in the ancient misty islands of Minoan Greece, home to myth and legend.

When a mysterious billionaire invites Kallie to scour the black market with him for the most valuable of all Minoan treasures, Kallie can't resist. Dimitri is wealthy, charming and good-looking, but she's not interested--not in someone who's clearly hiding secrets of his own.

Meanwhile, Kallie's memories are bleeding through and her journal has turned violent. She's teetering on the verge of a breakthrough, but what devastating truth has she been suppressing?