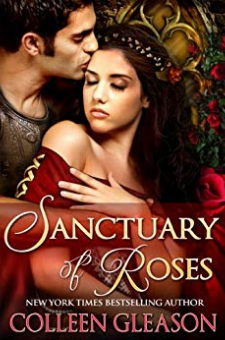 The third book in the Medieval Herb Garden Series...From NEW YORK TIMES and USA Today Bestselling Author Colleen Gleason...a lush, emotional medieval romance.~*~*~*~*~*~*~*~*~*~Madelyne de Belgrume has lived in secrecy in a hidden abbey for years. Her mad, abusive father, Fantin, believes she is dead.Lord Gavin Mal Verne wants nothing more than to seek revenge on Fantin de Belgrume ... and he has the king's blessing to bring the man to heel.After a battle with Fantin that leaves Gavin nearly dead, he accidentally comes upon a hidden abbey ... and the beautiful, serene nun who helps to heal him, touching his heart in more ways than one.When Gavin discovers Madelyne's true identity, she is forced to leave the sanctuary of the abbey and appeal to King Henry for succor.To her horror, Madelyne learns she must either marry ... or be returned to her father's custody.The Medieval Herb Garden Series does not have to be read in order.However, for those who want to read it in chronological order, the stories go as follows:LAVENDER VOWSA WHISPER OF ROSEMARYSANCTUARY OF ROSESA LILY ON THE HEATHIf you love the rich tapestry of medieval romances from Lara Adrian, Paula Quinn, Roberta Gellis, Catherine Coulter and Julie Garwood, you'll love Sanctuary of Roses!