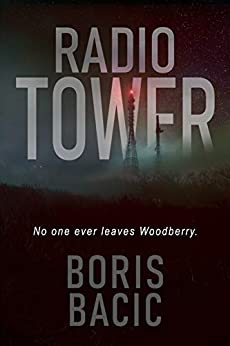 No one ever leaves Woodberry…

Chris Townsend is a software engineer who has trouble dealing with his past. When his company assigns him to a new project situated in a small town in Oregon, he initially refuses the offer, until he realizes that this change may be exactly what he needs to come to terms with his problems.

While the town of Woodberry is perfect at first glance and his neighbors friendly, this quickly changes when Chris starts asking about the radio tower perched on top of the highest hill in the town. He is warned not to talk about the tower and soon becomes increasingly aware that he is closely watched. To make things worse, each time the tower lights start blinking, the townsfolk go into a hypnotic trance and their behavior turns hostile.

Chris’ new life quickly turns into a desperate fight for survival, as he realizes that he’s not the first victim to become trapped in the town.