Murder in the Crypt 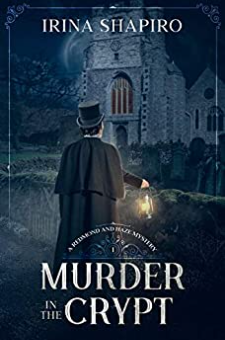 When the body of a young man is found stuffed into the tomb of a medieval knight, Parish Constable Daniel Haze is tasked with investigating his first solo murder case. Suspicion instantly falls on the only stranger to arrive in the village of Birch Hill just before the crime took place, but the American captain proves to be an unexpected asset. A former soldier and a skilled surgeon, Jason Redmond is not only willing to assist Haze with the investigation but will risk his own safety to apprehend the killer.With no suspects, no motive, and few leads to follow, Redmond and Haze must solve the crime before one of them becomes the murderer’s next victim. Murder in the Crypt is the exciting first installment of this Victorian murder mystery series set in a quaint British village.