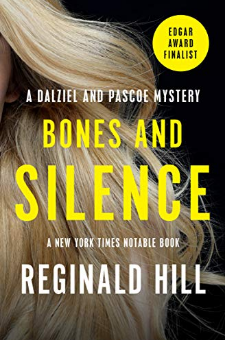 A New York Times Notable Book: A British detective plays God, literally, in this twisting crime thriller—“The climax is devastating” (The Times, London).   Superintendent Andrew Dalziel, while drunk, has witnessed a woman being fatally shot—but her husband claims it was an accident, and everyone seems to be buying his story. His partner, Pascoe, meanwhile, is looking into chatty letters from an anonymous sender who says her resolution for the new year is to commit suicide.   In the midst of all this, Dalziel is participating in a locally produced medieval mystery play—and has been cast in the role of God. Playing opposite him, as Lucifer, is the very man he suspects of murder . . .   “Hill’s most ambitious Dalziel/Pascoe novel yet—and one whose humor, keenness, and insight place him securely in the company of Ruth Rendell and P. D. James.” —Kirkus Reviews, starred review   “If further evidence were needed, this latest mystery confirms Hill’s place among top British writers who produce solid stories of detection that succeed as first-rate novels exploring human character. . . . A powerful ending.” —Publishers Weekly   “No other genre author . . . writes with such feeling and understanding of silently unhappy women as does Mr. Hill in his tender character portraits of the town wives and daughters.” —The New York Times Book Review