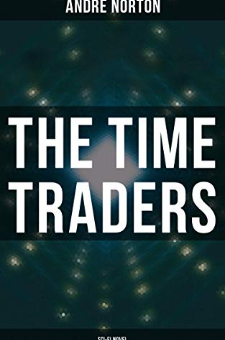 This eBook edition has been formatted to the highest digital standards and adjusted for readability on all devices. At the end of the twentieth century petty criminal Ross Murdock is given the choice of facing a new psychiatric medical procedure called rehabilitation or volunteering to join a secret government project. Hoping for a chance to escape, Ross volunteers to join Operation Retrograde and is taken by Major John Kelgarries to a base built under the ice near the North Pole. Teamed with archaeologist Gordon Ashe, he is trained to mimic a trader of the Beaker culture of Bronze-Age Europe. Sent back to southern Britain around 2000 BCE, Ross and Ashe find that their outpost has been bombed. Discovering the direction whence the bomber came, Ross, Ashe, and McNeil, the lone survivor of the bombing, follow the clues. Somewhere near the Baltic Sea, Ross, Ashe, and McNeil begin building a Beaker trading post and learn from the locals that nearby is a land populated by ghosts, a land whither no man of good sense would go. Ross gets separated from Ashe and McNeil in a night attack and must go into the taboo area alone in an effort to find them.