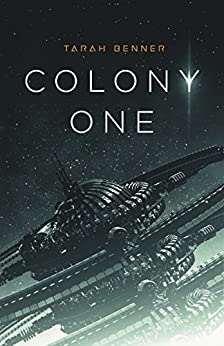 Colony One is prepared for anything — except the saboteur who's already on board.
For Jonah Wyatt, the Space Force is his last shot at a military career. After years leading an elite task force, he was discharged from the army and stuck working one menial job after another. Now this disgraced combat specialist is headed to space. He's tasked with training his own unit aboard Elderon: colony one.
Nobody bothered to tell him it would be a squad of white-hat hackers and intel eggheads who are definitely not Space Force material. One recruit is Maggie Barnes — an undercover reporter who was brought on board as a member of the press corps. Her job is to create fluffy corporate propaganda that paints the colony as a futuristic utopia, but Maggie can't follow the rules once she gets wind of a story.
When Maggie gets a tip from an unknown source, she realizes Elderon is not at all what it seems. As she gets closer to unraveling the conspiracy, Sergeant Wyatt begins to suspect that there's a spy on board. The saboteur has been with them all along, and he's been building an army of his own.
What Readers Are Saying:
"Brilliant, exciting and engaging."
"The world-building is a fascinating effort of plausible, near-future science."
"This book takes you on a wild ride with reporters, white hat hackers, space military and spies."
"I LOVE LOVE LOVE this book. Can't wait for the next one...Tarah Benner is my new favorite author."