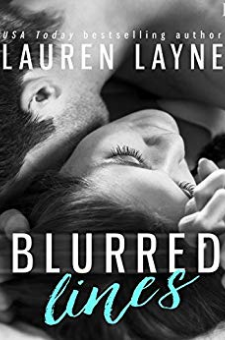 USA TODAY BESTSELLER • In a novel that’s perfect for fans of Alice Clayton and Emma Chase, Lauren Layne delivers a sexy take on the timeless question: Can a guy and a girl really be “just friends”? When Parker Blanton meets Ben Olsen during her freshman year of college, the connection is immediate—and platonic. Six years later, they’re still best friends, sharing an apartment in Portland’s trendy Northwest District as they happily settle into adult life. But when Parker’s boyfriend dumps her out of the blue, she starts to wonder about Ben’s no-strings-attached approach to dating. The trouble is, even with Ben as her wingman, Parker can’t seem to get the hang of casual sex—until she tries it with him. The arrangement works perfectly . . . at first. The sex is mind-blowing, and their friendship remains as solid as ever, without any of the usual messy romantic entanglements. But when Parker’s ex decides he wants her back, Ben is shocked by a fierce stab of possessiveness. And when Ben starts seeing a girl from work, Parker finds herself plagued by unfamiliar jealousy. With their friendship on the rocks for the first time, Parker and Ben face an alarming truth: Maybe they can’t go back. And maybe, deep down, they never want to.Praise for Blurred Lines“I just finished Blurred Lines and I absolutely adored this outstanding story.”—New York Times bestselling author Sandi Lynn“I devoured Blurred Lines in one sitting. It’s my kind of book, sexy and witty, and the banter between the characters is off the charts. You’ll fall in love with their chemistry from page one.”—USA Today bestselling author Sidney HalstonLauren Layne’s New York Times bestselling Oxford Novel series can be read in any order:IRRESISTIBLY YOURSI WISH YOU WERE MINESOMEONE LIKE YOUI KNEW YOU WERE TROUBLEI THINK I LOVE YOUDon’t miss any of Lauren Layne’s hot reads:The Love Unexpectedly series: BLURRED LINES | GOOD GIRL | LOVE STORY | WALK OF SHAME | AN EX FOR CHRISTMASThe Sex, Love & Stiletto series: AFTER THE KISS | LOVE THE ONE YOU’RE WITH | JUST ONE NIGHT | THE TROUBLE WITH LOVEThe Redemption series: ISN’T SHE LOVELY  | BROKEN | CRUSHEDThe I Do, I Don’t series: READY TO RUN | RUNAWAY GROOM Includes a special message from the editor, as well as an excerpt from another Loveswept title.