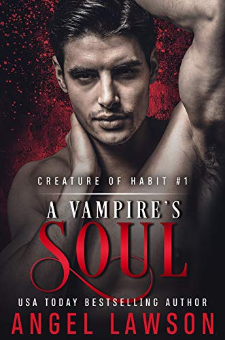 The summer after college, Amelia Chase lands a coveted position as the personal assistant for the brilliant, yet reclusive, Grant Palmer. Grant’s aloof nature and obsessive-compulsive behavior leads Amelia to rethink her position until Grant steps in to rescue her during a bizarre kidnapping attempt. She soon realizes Grant is a man of many secrets, all hidden behind an elaborate façade of self-discipline and control.Grant Palmer spends his days in an expensive suit and tie, funding charitable works for his family’s Foundation. His nights are reserved for patrolling the small city of Asheville and the bordering mountainside in an effort to protect residents from rogue vampires. Why? He has his own collection of kills to atone for from his own days as a rebellious, blood thirsty killer.Amelia and Grant’s professional relationship turns personal, distracting Grant from his duties. As the number of victims rise, it becomes apparent that a predator in the hills of North Carolina has a vendetta against Grant. Aware of Grant’s increasing interest, possessing Amelia is one way for this killer to enact his twisted revenge.