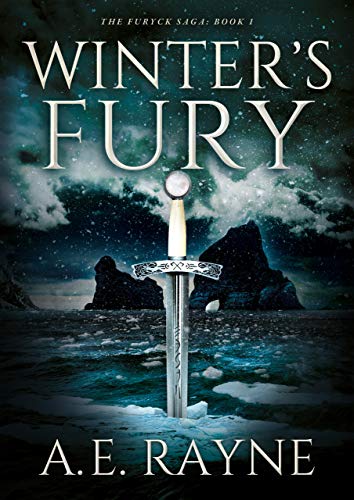 Jael Furyck was born to fight.
Now she’s found something to fight for.

She was Brekka’s greatest warrior, but without her father to protect her, Jael was merely a pawn; a woman to be married off so her uncle could forge an alliance to fulfil his own desperate ambitions.

Eadmund was broken, tortured by the death of his first wife, but his father had lost patience with him. He wanted heirs for his kingdom. He wanted his son back, restored to the fierce warrior he had once been. And when his daughter had a dream about Jael, he jumped at the opportunity to make an alliance with his worst enemy. But neither Jael nor Eadmund want a marriage designed by kings and gods.

They will fight against it, desperate to reclaim their old lives and their freedom... until they each find something worth fighting for. Winter’s Fury is the first book in The Furyck Saga: a sweeping epic fantasy series of swords and sorcery, love and betrayal, warring kingdoms and an ancient prophecy that knows the fate of them all.

Winter’s Fury is the first book in the enthralling epic fantasy series, The Furyck Saga. Swords and sorcery, love and betrayal, warring kingdoms and an ancient prophecy - if you’re a fan of Game of Thrones or The Last Kingdom, you’re going to love this!