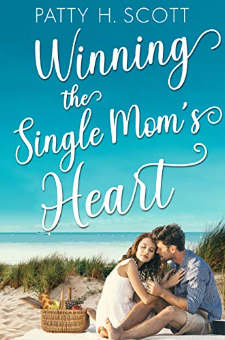 She’s afraid to love again, but he’s only asking for one date …Six years after being widowed, Madison has centered her life around being a mom to her daughter. Everyone around her seems to think she should be ready to date, but the idea of being with another man overwhelms her. She wonders if she’ll ever be willing to take a risk on another romantic relationship. Up until two years ago, Michael spent his life traveling the globe as a photographer's assistant. All that changed when he developed a very successful app for photographers. With his recent notoriety in the tech industry, women seem to mostly want him for his status or money. Michael had given up hope of ever meeting someone he could see a future with ... until he's set up with Madison as his plus-one for an event.Madison is everything Michael could hope for in a woman. Can he convince her he’s the man worth taking a chance on?