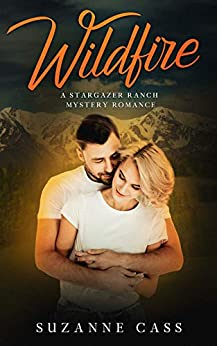 “The writing is top notch, and her stories stay with you because they're THAT good.”Someone is trying to burn her alive.Cat is called back to Stargazer Ranch by a hard-to-refuse job offer, but the first person she comes across is the very last person she wants to see.Levi rues the day he ever met Cat. She was the girl of his dreams who abandoned him six months ago. Now she’s back.On the day of Cat’s return, a luxury cabin is set on fire and Cat becomes suspect number one. Levi knows he can’t trust her; but then his head never did agree with his heart. One thing he does know, however, is that Cat is no arsonist, and against his better instincts he becomes a friend and champion in her time of need.Surely, he can’t be falling for her again, can he?Cat finds herself irresistibly drawn to Levi once more. He’s the only one who can see through her reckless behavior to her damaged soul. But commitment was never one of her strong points and he deserves better. Which was the whole reason she left him in the first place.When Cat is caught in a wildfire, she knows there’s a killer stalking her. As the flames race up the mountain, time is running out for Levi as he tries desperately to save the woman who means everything.