Wife of a Misfit 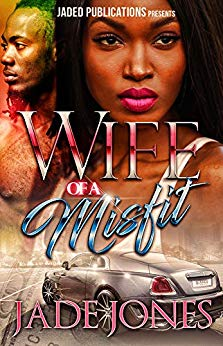 CAMERON, ROXIE, DIANA AND SOUL ARE BACK FOR THIS RIVETING SPIN-OFFDiana’s life took a roundabout turn when she met Tariq Haddad aka Rico, a suave and devilishly handsome charmer who is every girl's dream and every father's worst nightmare. Although she was all too aware of the risk she was taking by getting involved with a smooth-talking faithless pimp who had an entire harem of women at his beck and call, Diana is powerless against his magnetism and finds herself drawn deeper and deeper into his web of secrets and lies. And now, when she finally realizes the gravity of her decision, it may be too late to escape his deadly grasp.Roxie was simply trying to forget her past and move on with her life when the charismatic and endearing Kwon came along and helped mend her broken heart. He’s the polar opposite of her no-good ex Magyc – caring, sweet, and charismatic, and he blows into her life like a rejuvenating breath of fresh air. However, there is one problem that Roxie didn’t account for – Kwon’s deep dark secret that could potentially endanger her daughter’s life. “Wife of a Misfit” is an African American urban romance packed with drama, betrayal, and surprising twists that will take you on a rollercoaster ride of excitement and anticipation.THIS IS A COMPLETED SERIES!