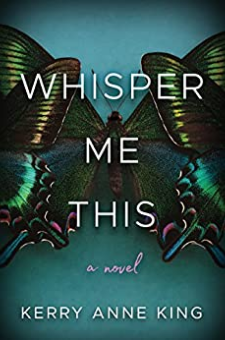 In this Amazon Charts and Washington Post bestseller, a devastating secret is revealed, and a family must finally come to terms with the past.

Single mother Maisey Addington has always fallen short of her own mother’s expectations—never married, a bit adrift, wasting her high IQ on dead-end jobs. The only thing Maisey’s sure she’s gotten right is her relationship with her twelve-year-old daughter, Elle…until a phone call blows apart the precarious balance of their lives. Maisey’s mother is in a coma, and her aging father faces charges of abuse and neglect.

Back at her childhood home, Maisey must make a heartrending life-or-death decision. Her confused father has destroyed family records, including her mother’s final wishes. Searching for answers, Maisey uncovers one unspeakable secret after another when she stumbles upon a shattering truth: a twin sister named Marley.

Maisey’s obsession with solving the mystery of her sister forces her to examine her darkest memories and triggers a custody battle with Elle’s father. Will Maisey’s love for her daughter be strong enough to break a cycle of abuse and create a new beginning for them all?