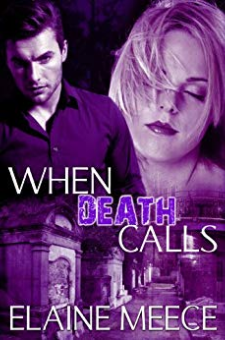 A unique romantic suspense with a paranormal twist.Following in the footsteps of her deceased mother, Francesca Yates believes she is also a phony fortuneteller until her crystal ball reveals a client will be murdered. Though the vision is brief, she recalls a spider tattoo on the killer’s arm and tries to warn the client to no avail. When the woman is murdered, Francesca does her civic duty and calls the police. The arrogant detective lets her know right off he doesn’t believe in Tarot cards or crystal balls. When Francesca receives a call on a disconnected phone from the murdered woman, she is terrified. Given the name of the next victim, she has no choice but to call the detective again.New Orleans PD, Detective Ryan LaBarre is all about black and white. There is no gray. He hates fortunetellers since one caused his marriage to fail by lying about him to his wife. He assumes Madam Francesca is working with the killer, hoping to become a celebrity psychic. He starts out to prove it, never expecting to become entangled in her life, never expecting to care about her, but once she learns the secret he harbors, she will despise him.Now that the serial killer knows Francesca is keeping the police one step ahead of him, she becomes his target.