What Are We Here For, Anyhow? 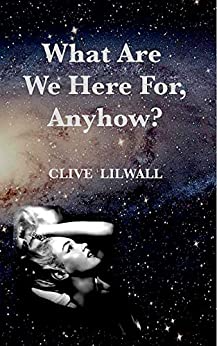 What are we here for, anyhow? It’s a universal question that we ask, often while lying awake in the middle of the night. The famous philosopher Ludwig Wittgenstein said he didn’t know. But others give all sorts of answers, some of which are outlined in this book. You know what you believe about love, sex, relationships, free will and many other important topics. You probably know what your friends and relatives believe, even if you sometimes wish you didn’t. But do you know what some famous people believe about these topics? This book contains the views of fifty such people on matters that are of interest to us all. Read what Marilyn Monroe, Albert Einstein, John Lennon and others have said. Of course, sometimes you’ll agree, and sometimes you won’t. Usually books of quotes are simply lists of who said what. Sometimes you want to know more.For instance, the famous philosopher Ludwig Wittgenstein’s remark, “I’m not sure why we’re here, but I’m pretty sure it is not in order to enjoy ourselves.” Who would say a thing like that? What’s his story? When you learn that Wittgenstein came from one of Europe’s wealthiest families and yet had three brothers who committed suicide, you begin to understand more about him and the way he thought about life.The novelist Robert Louis Stevenson wrote, “To travel hopefully is a better thing than to arrive.” Many people know that Stevenson wrote Treasure Island and Dr. Jekyll and Mr. Hyde, but how many know he travelled extensively and spent his last days deathly ill on the island of Samoa, in the South Pacific Ocean? He died while opening a bottle of wine. The quotes in this book represent the stories of the people who created them, many surviving terrible circumstances to emerge with a view of the world that inspires millions. Anne Frank and Victor Frankl were both victims who suffered Nazi oppression, yet their words live on to give hope to their readers. There is humor, including examples from Rodney Dangerfield and Joan Rivers, who both managed to entertain the world while managing difficult situations. For too long, humor has been ignored in discussions of human behavior. At its best, humor is positive and enjoyable. It enables us to view situations in new ways.Many collections of quotes concentrate on the words of dead white men. This collection represents an attempt to include men and women of all backgrounds, colors and ages. Dead and alive. In addition to the above-mentioned, the book contains quotes from and comments about the following: Irina Dunn, Pancho Villa, Alan Lakein, Jawaharlal Nehru, Audrey Hepburn, John Lennon, Emile Coue, Oscar Wilde, Bertrand Russell, Abraham Maslow, Maya Angelou, Thomas Traherne, Margaret Mead, Meister Eckhart, Evelyn Waugh, Nancy, Lady Astor, Betty Friedan, Richard Dawkins, Callie Khouri, Oprah Winfrey, Aristotle, Richard Benner, Kurt Vonnegut, George Orwell, Frida Kahlo, Elsa Maxwell, S.I. Hayakawa, Billie Holiday, Albert Ellis, Helen Keller, Ray Bradbury, Lao Tzu, Maxwell Maltz, Fyodor Dostoyevsky, Sylvia Plath, Rosa Parks, Natalie Wood, Dalai Lama, Mae West, Dale Carnegie and Bob Marley. Learning more about the creators of the some of the world’s most memorable collections of words can be both an illuminating and entertaining way of understanding ourselves and others.