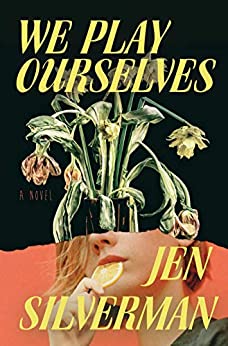 After a humiliating scandal, a young writer flees to the West Coast, where she is drawn into the morally ambiguous orbit of a charismatic filmmaker and the teenage girls who are her next subjects.

“A blistering story about the costs of creating art.”—O: The Oprah Magazine

Not too long ago, Cass was a promising young playwright in New York, hailed as “a fierce new voice” and “queer, feminist, and ready to spill the tea.” But at the height of all this attention, Cass finds herself at the center of a searing public shaming, and flees to Los Angeles to escape—and reinvent herself. There she meets her next-door neighbor Caroline, a magnetic filmmaker on the rise, as well as the pack of teenage girls who hang around her house. They are the subjects of Caroline’s next semidocumentary movie, which follows the girls’ clandestine activity: a Fight Club inspired by the violent classic.

As Cass is drawn into the film’s orbit, she is awed by Caroline’s ambition and confidence. But over time, she becomes troubled by how deeply Caroline is manipulating the teens in the name of art—especially as the consequences become increasingly disturbing. With her past proving hard to shake and her future one she’s no longer sure she wants, Cass is forced to reckon with her own ambitions and confront what she has come to believe about the steep price of success. Read more