We Must Save Jepson! 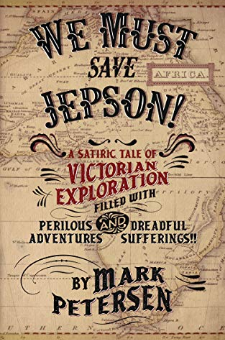 Britain's Greatest Bumbler and His Extraordinary African Expedition:Suspense! Murder! Tea breaks! In this hilarious historical thriller, H. R. Huxtable sets out to rescue a British outpost. Someone has ventilated his tent with bullet holes. But despite harsh jungle, cannibals, an oversexed female, and his own unhinged troops, he will succeed. Er ... won't he?

We Must Save Jepson! is a satirical romp through the Victorian era of exploration and expansion, wherein our hero discovers hitherto unknown depths of character despite the self-satisfied arrogance of his age.