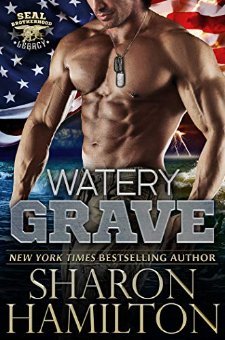 Another Navy SEAL Cruise? What Could Possibly Go Wrong?EVERYTHING!

Christy and Kyle Lansdowne receive a long-lost piece of luggage returned from a cruise vacation from Hell several years prior. Inside, lies the remains of SEAL Team 3 friend and former gym owner, Joseph “Gunny” Hoskins. Their mission was to release his ashes upon the deep blue sea, but their cruise was interrupted by a terrorist takeover of the ship, thwarted by the SEALs on board.

But when the ocean returns him to San Diego in Christy’s cosmetic bag, a new adventure is hatched to give Gunny eternal rest.

Kyle, Christy, and their three children embark on another memorial cruise mission, along with several other SEAL families. In paying tribute to the life of a fellow brother-in-arms, they usher in the dawn of a bright new future for them all. As the past is finally buried amid the dangers of the present, the ocean’s giant wheel—the Circle of Life—lives on.

In honoring the irreverent life of one, the bond and commitment of the brothers who remain is strengthened to do battle.

The SEAL Brotherhood: Legacy Series is about the original couples in Sharon Hamilton's popular SEAL Brotherhood Series. It furthers the stories of these couples ten years later, after marriages, children, and separations. These are stand-alone books, but readers who are unfamiliar with the series would enjoy reading the background stories first.