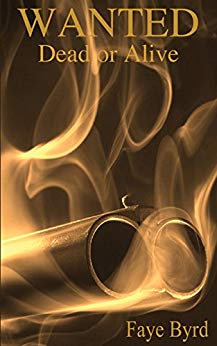 At seventeen, Nathan King's livin' a hard but proud life with his ma and pa on the family farm. One fateful day, it all comes crumblin' down, and he's only got two paths in front of him.  Right and wrong.  The six-year journey that follows makes him infamous, but it's a shoot-out with the local bounty hunter that leaves him injured and on the run. Tired and bleeding, he takes cover in an old barn, but what he doesn't expect is to wake with a double barrel nestled under his chin. "How'd ya get thatwound, Nathan?" she asks, brow raised. "Ran into some trouble 'bout a day's ride from here," I respond truthfully."But don't worry, the other guy didn't make it." I smirk. She may not need a know all my business, but I don't want her thinking I can't be dangerous.  Josie Hess is a self-imposed widow with a history of her own. She lives a quiet life on the outskirts of town and mostly keeps to herself. But if you cross her, there's surely hell to pay. Will Nathan see beneath her tough exterior, or will he become just another casualty?