Wake Up and Live! 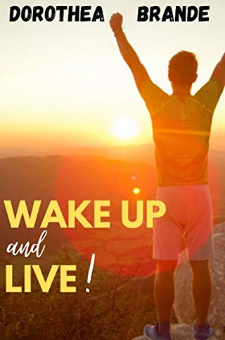 One of the greatest self-help books ever written. More than two million copies sold. 'Wake Up and Live!' is a practical handbook for every man and woman who wants to find success and happiness in life. Simply written and easy to read, it shows you how to overcome the obstacles that are holding you down. It will prove to you that the USE, not the quantity, of your brains is what counts most toward successful living. 'Wake Up and Live!' has opened the eyes of thousands of readers to a whole new idea of living. Here is a book that can revolutionize your entire existence and put success within reach by teaching you to concentrate on the things that really matter.CONTENTS:I. Why Do We Fail?II. The Will to FailIII. Victims of the Will to Fail IV. The Rewards of FailureV. Righting the DirectionVI. The System in OperationVII. Warnings and Qualifications VIII. On Saving BreathIX. The Task of the Imagination X. On Codes and Standards XI. Twelve Disciplines XII. And the Best of Luck!ABOUT THE AUTHOR:American author, lecturer and magazine editor, Dorothea Brande, was the youngest of five children born to Frederick S. and Alice P. Thompson of Chicago, Illinois. Alice Dorothea Alden Thompson was born in Englewood, a Chicago community, on 12 January, 1892. Both of her parents were originally from Maine and had previously lived in Delaware where her three oldest siblings were born. Her father was employed as a manager at local business in the Chicago area. Brande attended the Universities of Michigan and Chicago, earning her Phi Beta Kappa key at the former. She went on to work as a newspaper reporter in Chicago and later as circulation manager for American Mercury magazine during the time of H.L. Mencken and George Jean Nathan. In the 1930s she became an associate editor of Bookman magazine and later its successor (1934), the American Review. In the years to come Brande would also operate a nationwide correspondence school for aspiring writers and tour on the lecture circuit. In 1916 she married fellow Chicago newspaper reporter Herbert Brande. Herbert would later gain some notoriety as an editorial writer. Their marriage ended in divorce sometime before 1930. In 1936 she married Seward B. Collins, who at the time was American Review's editor. Her inspirational book, 'Wake Up and Live' (1936) was written during the Great Depression and was a best seller and her most successful book. She was also the author of 'Becoming a Writer' (1934), 'Most Beautiful Lady' (1935), 'Letters to Philippa'(1937), 'My Invincible Aunt' (1938) and others.