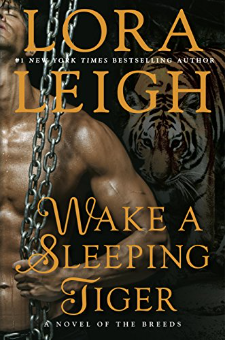 When readers of dark romance and unbridled desire want to be satisfied, they turn to #1 New York Times bestselling author Lora Leigh and her “powerful and highly erotic” (Fresh Fiction) Breed novels. Now a Breed hides in the world of man—until a woman arouses the amused and wildly carnal animal within...   Once, he was Judd—Bengal Breed and brother to the notorious fugitive Gideon. After Gideon disappeared, Judd was experimented on until his tortured body knew nothing but agony.   Now he is Cullen Maverick, serving as the commander of the Navajo Covert Law Enforcement Agency in the small community of Window Rock, Arizona. Despite his genetics, Cullen is able to pass as human because his Bengal traits are recessed. He lacks the ability to smell the emotions, bonds and fears that other Breeds take for granted. And he remains tormented that he wasn’t able to mate the woman he loved—at the cost of her life.   He’s no longer a Breed, merely a man. . . or so he thinks. But his tiger is about to be awakened by the one woman destined to be his—Chelsea Martinez. And their world will never be the same...