Waiting on the Sidelines 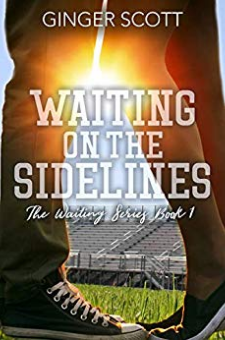 Nolan Lennox had things figured out. Named after a baseball legend, she enjoyed being the Tomboy, her closet filled with her brother’s hand-me-downs, cut-off jeans and soccer shorts. But when her first trip to high school results in a broken heart and a popular enemy, Nolan starts to question the very person she thought she was.Throughout the next four years, Nolan struggles to maintain herself throughout her path of discovery, learning just how cruel teenagers can be. And despite how life seems to continue to work against her, she still manages to listen to her heart, while falling deeper and deeper for the guy the entire town adores, even if he only sees her as a friend. Can Nolan strike a compromise between her own integrity and the boy she loves? And can she make him notice her before it’s too late?Reed Johnson came to Coolidge High School with a lot of fanfare. The son of a hometown football legend and brother of a local football hero, Reed wore all the pressures of carrying a town without hope into the spotlight. Thankfully, he had the talent to back it up. But when he meets a girl who makes him think twice about exactly what being a hero means, he starts to wonder if following in his brother’s footsteps might be all wrong. Nolan Lennox was everything that was opposite of expected. She didn’t flirt, she didn’t drink, and she didn’t sleep around. Nothing about her was easy, but something about her made Reed want to try harder. But could he handle letting her down? And would breaking her heart break him beyond repair?