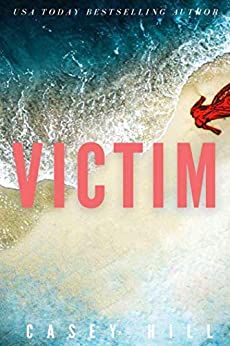 Download SERIAL, the first book in the CSI Reilly Steel series for just 99c this week only!

The USA Today bestselling forensic mystery series. 'Be warned, you won't put it down.' LOVEREADING

But the Quantico-trained forensic investigator is finding her skills aren't enough when a ferociously intelligent killer strikes. The modus operandi is as perplexing as it is macabre. What connects two seemingly disparate, high-profile victims?

The bodies refuse to give up their secrets and the crime scenes prove a forensic investigator's worst nightmare. Reilly soon suspects that she may be dealing with a killer - or killers - who know all about crime scene investigation.

It's only when a third murder occurs - equally elaborate in its execution - that they discover that this particular killer is using a very specific blueprint for his crimes.
Who is the killer's next victim, the real target? And what's his endgame?

Books in these series are standalone and can be read in any order but are best enjoyed in sequence.