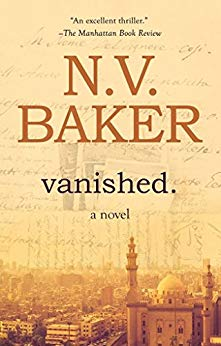 An intrepid young traveler. A long-ago lover. And a dangerous past about to catch up. Late August 1978, and Cassie Robinette arrives in Kabul with her backpack and camera. Weary from weeks of cheap bus rides across Asia, she hopes to stay a while. But her plans change after two other travelers persuade her to join them on their drive across Afghanistan. Ten days later in Iran, she sends her last postcard. Twenty-nine years have passed when her erstwhile pen-pal Jack Hunter discovers her old letters. They rekindle a love he had thought lost, and revive a question that had long haunted him: What had he done; why had Cassie stopped writing? When Jack tries to unravel the mystery, he makes a disturbing discovery. Sometime in September 1978, Cassie vanished. Galvanized to find her, he mines her letters for clues, tracks down people she once knew, and visits the place of her last postcard. In his increasingly desperate quest, he begins to sense he isn’t the only one on Cassie’s trail. And if he isn’t careful, he could lead an old enemy directly to his long-ago love.A literary thriller with mystery, love, adventure and suspense.