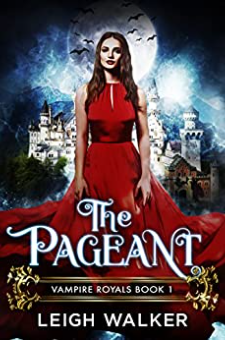 "Without a doubt my favorite series ever!" - Amazon ReviewerWho's the fairest of them all?Young women from every settlement in the land are being handpicked to enter The Pageant, a contest reminiscent of Miss Universe from the old days. Gwyneth West's social-climbing mother wants her to compete, but Gwyn isn't so sure...The Pageant is government-sponsored. If you're lucky enough to be chosen, participation is mandatory. Aggressive competition is allowed, even encouraged.And then there's the prize...Dallas Black, otherwise known as The Dark Prince, will propose to the winner. Dallas is the son of King Black, who won the last world war and governs the new settlements. The Royal Family is mysterious. Rumor has it they don't sleep. Rumor has it they eschew the sun. Rumor has it they're immortal.When Gwyn is thrust into The Pageant, she fights to survive the competitive nature of the other contestants.But even if she wins...can she survive a vampire fiancé?