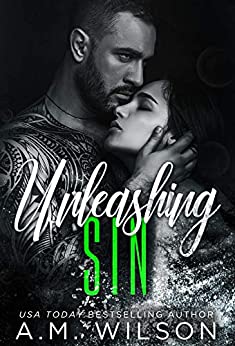 They call him Sin.

Alex Sinclair believes he’s a monster.
The blame for his sister’s disappearance rests squarely on his shoulders.
Every waking moment is spent searching for the vile men who took her.
Until a wounded woman is discarded at his door.

She wakes up terrified of the burly tattooed man.
But she’s not the only one with fear coursing her veins.
Sin is scared to death by the feelings he’s forced to confront.
He’s not sure his heart can survive another brutal beating.

Unleashing Sin is a thrilling, dark standalone novel featuring a tortured, protective hero and the broken woman who heals him.