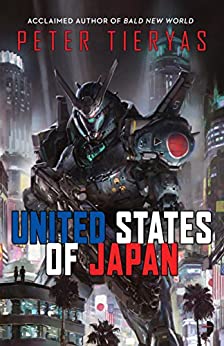 A spiritual sequel to The Man In The High Castle, focusing on the New Japanese Empire, from an acclaimed author and essayist.

The Axis won WWII and now, in the late 1980s, the Japanese Empire rules over the western US states, their power assured by technological superiority (giant mecha, etc.) But when a video game emerges that posits a world where the allies won, a game censor and an Imperial Government agent discover truths about the empire that make them question their loyalty.

From the Trade Paperback edition.