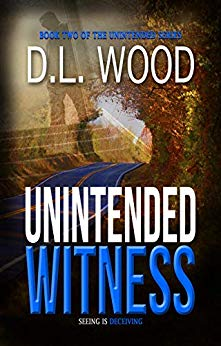 2019 Illumination Book Awards Gold Medal Winner for General Christian Fiction.The stand-alone sequel to Unintended Target, the award-winning first installment in the Unintended Series.Seeing is deceiving.Eight months after her harrowing experiences in Miami, Chloe McConnaughey leaves the comfort of Atlanta and a burgeoning romantic relationship to reunite with the father that abandoned her twenty-five years ago. But when she reaches his quaint southern town she quickly learns that he's still keeping secrets. Unable to face the mounting tide of lies, she resolves to head back home. But when a murder investigation entangles her father and tragedy strikes, she finds herself partnering with her father's law associate, who may have more than murder on his mind, to uncover the truth. As Chloe struggles with trying to forgive, and a killer moves closer, they scramble to find answers before the mystery destroys the only family she has left and forces a wedge between Chloe and the man who loves her that is impossible to overcome.