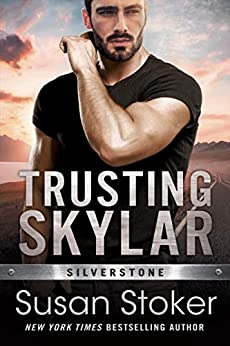 A Wall Street Journal bestseller.From bestselling author Susan Stoker comes a sizzling new series about four former military operatives who rid the world of the worst of humanity while fighting to protect the best part of their lives: the women they love.Former military operative Carson “Bull” Rhodes hasn’t dated seriously since he and his teammates left the army. Since then he’s opened Silverstone Towing—which is a front for his other job: hired killer. When kindergarten teacher Skylar Reid calls for help while stranded on the side of the interstate, the attraction is instant. The problem is Bull’s career has jaded him. Skylar’s innocent, and he wants to keep her that way.Cautious by nature, Skylar never expected to fall in love with her tow truck driver. Even so, once Bull reveals what he really does for a living, she’s not sure she can handle it. When Skylar faces threats that have nothing to do with Bull’s job but are just as deadly, the stakes are higher than ever.With the help of the Silverstone team, Bull will use everything he’s learned over the years to bring the woman he loves home—because the alternative is unthinkable.