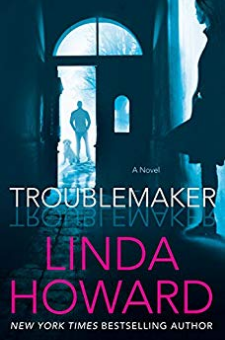 A thrilling, fast-paced novel of romantic suspense from sensational New York Times and USA Today bestselling author Linda Howard.For Morgan Yancy, an operative and team leader in a paramilitary group, nothing comes before his job. But when he’s ambushed and almost killed, his supervisor is determined to find out who’s after the members of his elite squad—and why. Due to worries that this unknown enemy will strike again, Morgan is sent to a remote location and told to lay low and stay vigilant. But between a tempting housemate he’s determined to protect and a deadly threat waiting in the shadows, keeping under the radar is proving to be his most dangerous mission yet.The part-time police chief of a small West Virginian mountain town, Isabeau “Bo” Maran finally has her life figured out. She’s got friends, a dog, and a little money in the bank. Then Morgan Yancy shows up on her doorstep. Bo doesn’t need a mysterious man in her life—especially a troublemaker as enticing and secretive as Morgan.The harder they fight the intense heat between them, the closer Morgan and Bo become, even though she knows he’s hiding from something. But discovering the truth could cost Bo more than she’s willing to give. And when Morgan’s cover is blown, it might just cost her life.