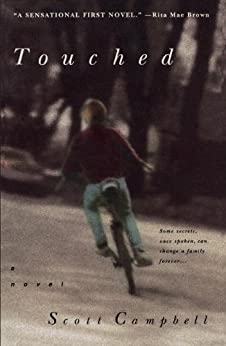 Robbie Young is an ordinary twelve-year-old boy about to drop a bombshell that will devastate his small town family. One day he rides his bike home after school, finds his mother in the kitchen making dinner, and speaks aloud the secret he's been keeping for a year, "Jerry Houseman's been touching me." Robbie has been molested and the Young family will never be the same. From that moment on, the novel unfolds with inexorable power. The story is narrated in four parts: first by Robbie's mother, then by Jerry Houseman himself, then by Houseman's wife Linda, and concluded by Robbie himself fifteen years later, when he has returned to town for a high school reunion. Each voice is remarkably persuasive and utterly convincing, and the result is a novel that is impossible to put down as it is impossible to forget.