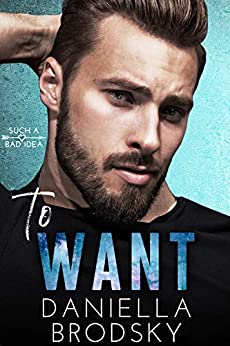 I should have known better than to want Finn Wheatley.Two years after his wife’s death, Australian Billionaire Finn Wheatley finds himself catching me as I literally fall from his desk into his arms.

The stuff of fairytales, no?
No. Because he’s a widower and so not ready to move on.
Only I don’t know that.
I just get the hot for Veronica one moment, let’s just be friends the next rollercoaster from Finn.
And it is one angsty, up and down ride.

He’s driving me mad.
All while making me fall in love with him.
But it’s all okay!
He wrote me a letter saying we should just be friends.
And everyone knows there’s nothing easier than being friends with a man . . .
Especially your boss, who you can’t stop having naughty daydreams about.

When he’s grazing the back of your neck with his fingers.
Then running off without an explanation.

It’s a great idea.
What could go wrong?

This is a Second Chance, Billionaire Office Romance with a very emotional HEA, featuring a smokin’ hot Aussie billionaire boss and a strong-as-hell heroine who’s got talent and kindness in spades. But is she ready to admit she’s found everything she’s ever wanted? 1-Click NOW.