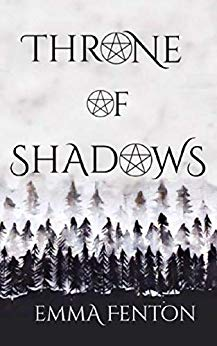 Magic or Myth?Princess Honoria Ramadani is mere weeks away from marrying the man she loves, becoming a queen, and finally escaping the suffocating atmosphere of the Helish court. When an ominous prophecy threatens Ria’s entire future, she’s hesitant to put stock behind childish superstition. But with her parents’ sudden, inexplicable illness and subsequent deaths, she can no longer deny that there are greater forces at work. The discovery of an antiquated law forces Ria to fight for both her life and the throne, pitting her against her vicious older sister. An ancient demon-summoning ritual—which promises that any desire can be granted, for a price—may be the only thing that can save Ria from certain death. But witchcraft is a finicky matter, and she soon finds herself magically bound to an arrogant demon who might cause more problems than he solves.There are worse terrors than demons lurking in the palace walls, however, and Ria will have to forge the unlikeliest of alliances if she wants to have any chance of surviving.