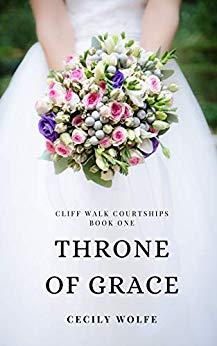 Arthur Davenport has it all: looks, money, and a successful future planned by his parents. He knows that something is missing, but when he and Josie, his mother's maid, develop a friendship that can only be based on Christian values, he realizes that his love for her is the key to his happiness. Can he convince her that he would gladly give up his life of luxury for a life of service with her?Newport, Rhode Island in the last decades of the nineteenth century was a stunningly beautiful and glamorous playground for the rich during the summer months, and a perfect setting for a romance between a rich young man from New York City and a local girl who works for his family. The two couldn't possibly expect to have anything in common, as he is expected to follow his father in a financial career and she is merely a maid with a mother who takes care of local children while their parents work. Arthur Davenport, spoiled and bored, unsure of his place in his family and in the eyes of God, truly meets his match in Josie Warren, who is often just a bit hard on herself for not being the perfect Christian in thought as well as deed. The two meet on the famous Cliff Walk, and neither of them can imagine where or how their instant attraction will take them as he struggles to make his parents understand that his calling is the same as hers, to help those less fortunate. He has no money of his own, and if they disinherit him out of disapproval, how can he help Josie, who has spent her life working hard to help support herself and her mother? More importantly, how can he convince her that he would gladly give up his life of luxury just to be with her?