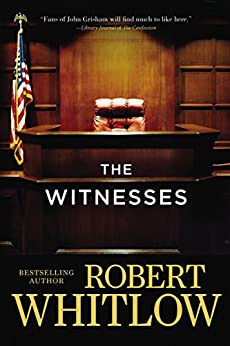 Young lawyer Parker House is on the rise—until his grandfather’s mysterious past puts both of their lives in danger.Parker House’s secret inheritance is either his greatest blessing . . . or his deadliest curse. The fresh-faced North Carolina attorney shares his German grandfather’s uncanny ability to see future events in his mind’s eye—a gift that has haunted 82-year-old Frank House through decades of trying to erase a murderous wartime past.While Parker navigates the intrigue and politics of small-town courtroom law, Frank is forced to face his darkest regrets. Then, a big career break for Parker collides with a new love he longs to nurture and the nightmares his grandfather can no longer escape. Sudden peril threatens to shatter not only Parker’s legal prospects but also his life and the lives of those dearest to him.Two witnesses, two paths, an uncertain future.